Father Truyen, 74, is part of a group of exorcists 'causing social disorder and provoking division among Catholics' 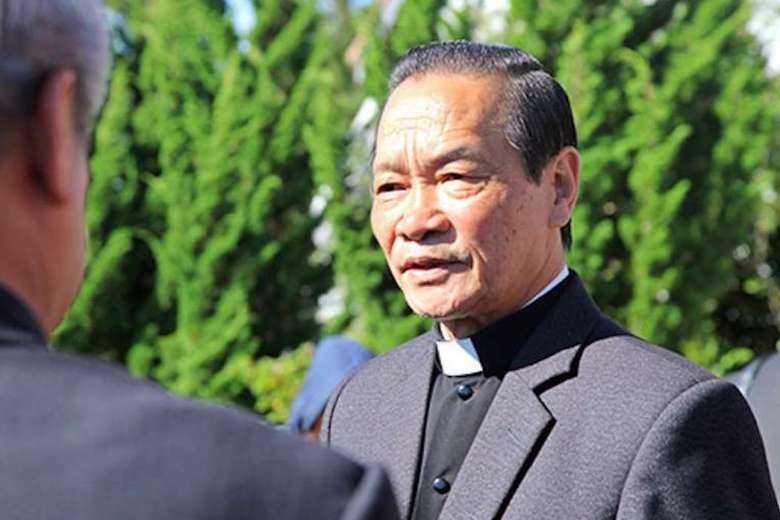 An elderly priest from a diocese in central Vietnam has been warned he faces dismissal from the clerical state if he remains in a banned group of exorcists.

Bishop Dominic Nguyen Van Manh of Da Lat has told Father Dominic Nguyen Chu Truyen to immediately leave a group of exorcists based in Bao Loc, not to contact group leader Teresa Nguyen Thi Thuong and to give up exorcism as he had previously promised.

Bishop Manh, who suspended Father Truyen from administering sacraments and pastoral care in 2020, also asked the priest to return to Chau Son Cistercian Monastery, where he should contemplate, pray and rectify his acts.

The former pastor of Thanh Mau Parish stayed in the monastery in September and October 2020 before he moved to a house owned by Thuong called House of God the Father based in Bao Loc of Lam Dong province.

The prelate said if Father Truyen, 74, refuses to obey him and wants to do his work according to his own will, the elderly priest himself “should petition for his laicization and the local Church will be ready to help him to complete the legitimate process.”

If the priest refuses, “the diocese will have to take more legal steps including an act of discharging him from the clerical state to deal with the case.”

They make clips on people who claim to be possessed by demons, roll on the ground and scream out as a way to challenge clergy to get rid of evils and justify their own exorcism

The Office of Da Lat Bishop’s House announced Bishop Manh’s decision on the priest on March 23.

The office said the bishop made the final decision after the group of exorcists posted clips on exorcism and religious activities that cause social disorder and provoke division among Catholics.

The announcement said group members work in several dioceses throughout Vietnam and post videos on religious ceremonies on social media so as to attract viewers. They make clips on people who claim to be possessed by demons, roll on the ground and scream out as a way to challenge clergy to get rid of evils and justify their own exorcism.

They said they do what God the Father speaks to them, and boast about "many things the Father reveals to the group that bishops do not know."

The announcement said Thuong, who claims to communicate with the Father, is the primary cause of mistakes. The married woman, who was banned from attending services and receiving sacraments in 2020, claims to be have been chosen by the Father to exorcise patients in 2016.

The office called on local Catholics to fervently pray to God, the merciful Father, to grant Father Truyen the grace of enlightenment and discernment to come to good decisions that please God and benefit the local Church in the unity of the same faith.

LEO CLEARY
This priest is one of a group of poorly educated priests who have been allowed to operate as rogue pastors for too long. The bishops of the country would greatly benefit from a unified effort to educate priests and lay persons about the meaning of Christian healing and the false beliefs that exorcism is common.
Reply