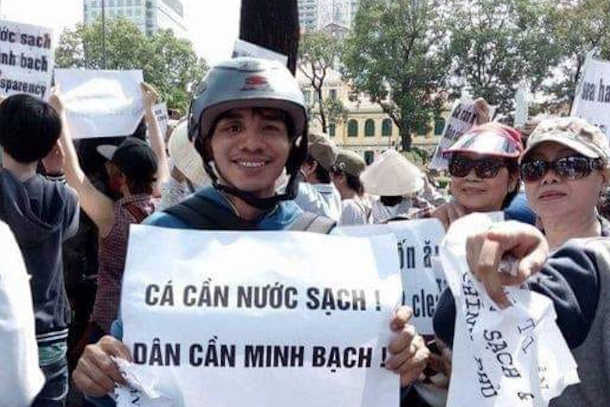 An appeal against an environmental activist’s heavy prison sentence has been rejected by a high court in southern Vietnam.

On Nov. 7, the People’s High Court in Ho Chi Minh City upheld the jail sentence of six years, followed by five years on probation, for Nguyen Ngoc Anh, who was convicted of criticizing the communist government on social media.

Sources said Anh, a former agriculture engineer, was arrested in August 2018 and convicted of “making, storing, disseminating or propagandizing information, materials and products that aim to oppose the state of the Socialist Republic of Vietnam” under article 117 of Vietnam’s penal code. His material aimed to discredit government leaders and incite people to protest during the independence holiday.

In June, a court in his home province of Ben Tre passed the sentence on the 39-year-old activist.

Rights groups said his writings were on prototypical issues of concern to social activists in the country — the environmental destruction caused by the Formosa company’s toxic waste spill in 2016, the lack of free choice in national elections in 2016, and the welfare of political prisoners.

Nguyen Thi Thap, who watched the trial through a screen at the court, said Anh refuted the accusations, saying he had only exercised his freedom of expression and speech.

Anh’s wife, Nguyen Thi Chau, said she and her husband did not care about the appeal court’s decision. She called the court a “comedy show” of judges who followed orders of higher authorities.

Chau, who visited Anh on Nov. 4, said he was in bad health after being beaten by a cellmate in October.

She said police in Ben Tre also summoned and questioned her about her relationship with family members of other political prisoners, wearing a T-shirt that dismisses China’s claim to Vietnam’s disputed sea territory, welcoming home a released political prisoner and giving interviews to foreign newspapers.

Human Rights Watch said the prosecution and detention of Anh clearly violated his right to freedom of speech. The authorities should reverse his conviction and immediately release him.

“Vietnam’s government seems to think that using the platform for its intended purpose is a crime.

“First the Vietnamese authorities imprison people to prevent them exercising their free speech rights, then they attempt to silence family members who want to advocate for their freedom.”

The group said the imprisonment of Anh is part of an ongoing crackdown against critics of the government.

It said Vietnam has convicted at least 20 people this year and sentenced them to between six months and 10 years in prison for criticizing the government, campaigning for religious freedom, advocating basic civil and political rights, or fighting corruption. 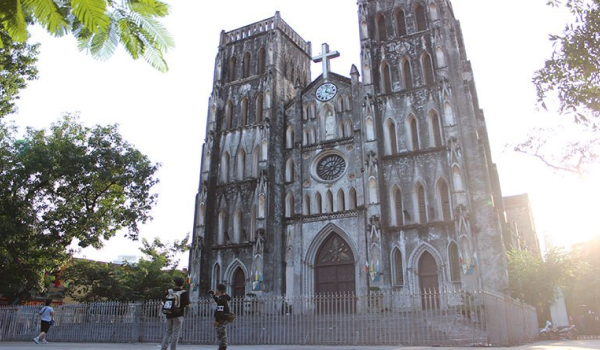