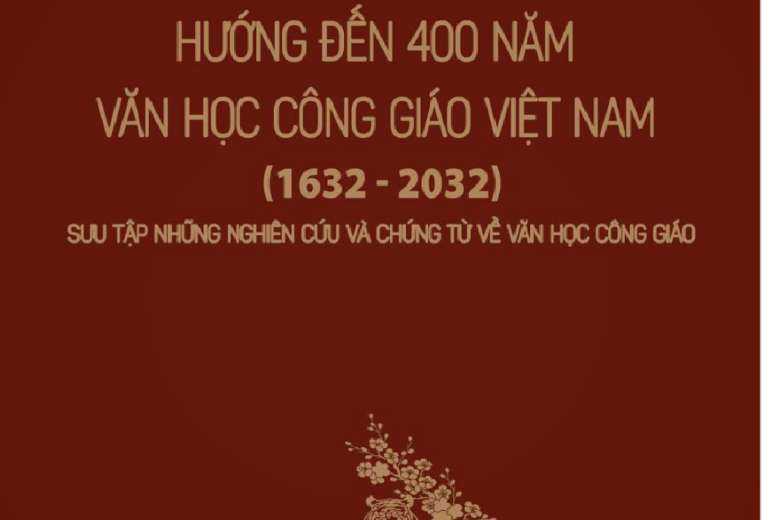 The Church in Vietnam looks forward to marking 400 years of its great contribution to national literature by publishing a collection of in-depth research and documents on Catholic publications.

Father John Vo Ta Khanh, who is in charge of Catholic materials in Qui Nhon Diocese, said Italian Jesuit Father Jeronimo Majorica established a woodblock printing press to make copies of Catholic documents in Nom (southern) characters, the old writing system of Vietnam, in Thang Long (now Hanoi) in 1632. The facility was destroyed by the authorities that year but it deserved to be considered a milestone in the birth of Catholic literature in Vietnam.

Father Khanh, who is active in spreading Christian culture, said to mark the 400th anniversary of the printing of Catholic documents in 2032, he and a Catholic writer had completed Towards 400 Years of Vietnamese Catholic Literature (1632-2032).

The book, a collection of 150 in-depth articles and research done by 100 authors including non-Catholics, provides a historical overview of Vietnamese Catholic literature over the past 400 years and applauds the efforts of Christian generations to contribute significantly to the national literary treasure.

The priest, who is also a poet, said the book focuses on early evangelization efforts by foreign missionaries starting in the 16th century, the creation of the Quoc Ngu romanized writing system by Jesuits, church materials composed and published in Chu Nom and Quoc Ngu, translation of the Bible into local languages, and production of religious novels in prose, poetry, chronicles, articles, dictionaries, researches, chanting prayers, classical dramas, newspapers and magazines during the past four centuries.

Quoc Ngu was officially taught in schools and became Vietnam’s authorized script in 1919, while Chu Nom fell out of use in the late 19th century.

Father Khanh said the book is available in electronic form on church websites in Vietnamese so that all people including non-Catholics can discover Catholics’ great contributions to the national culture and literature and be interested in Catholicism.

He said he is raising funds to print copies of the 1,500-page book in three volumes in May and make it available to 10,000 seminarians and religious students at seminaries and study houses across the country.

Father Khanh said seminarians and religious students should be taught the history of Vietnamese Catholic literature to help stimulate interest in the mother tongue and evangelization among them.

The subject will provide students with a framework to study missionary history. The history of Catholic literature is both the skeleton and soul of missionary history, and a testimony to the missionary spirit and experience in the country.

He said his book serves as part of references for the subject.

"We hope our work will inspire younger generations to take part in Catholic cultural and literary research and local languages to express Gospel values to other people," he said.