Father Joseph Nguyen Huu Triet spoke enthusiastically about his collection of relics, some going back thousands of years 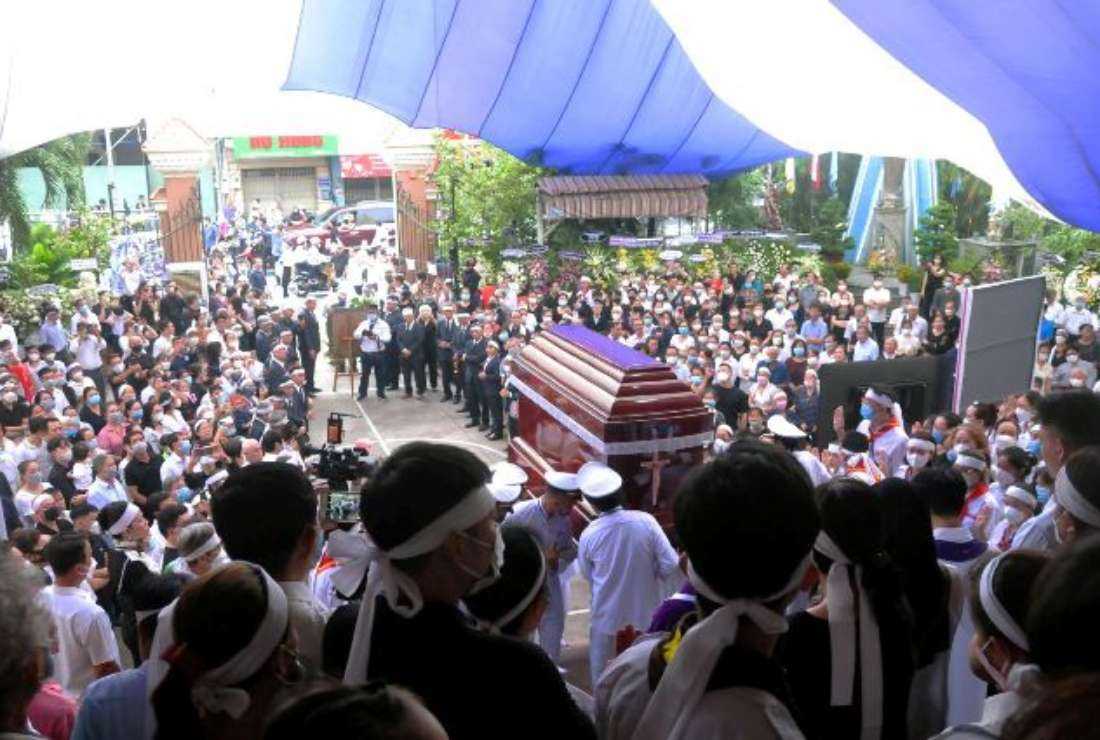 Catholics in southern Vietnam have paid their last respects to an elderly priest who spent his life collecting antiquities with religious and cultural value for future generations.

Archbishop Joseph Nguyen Nang of Ho Chi Minh City presided at his funeral at Tan Sa Chau Church in Ho Chi Minh City on June 17. It was attended by more than 200 priests and people of all faiths.

Father Triet had granted interviews to UCA News and spoke enthusiastically about how he collected various relics of bygone eras — from jewelry, bricks, tiles, carts, furniture, china, oil lamps, scales and books to religious statues, pictures, drawings and objects. All of them are at least 50 years old, while some go back thousands of years.

“They have religious, cultural, historical and aesthetic values and show us lifestyles and technical skills of bygone ages and particular areas,” he had said while revealing that he had donated his valuable collection to local dioceses to preserve and study.

“He won the hearts of members of the antiques society in the city,” Father Xuan said.

Father Xuan, who worked with Father Triet for 18 years in Tan Dinh Parish, said that after 1975, when the country was reunified under communist rule, they held courses in theology and the Bible for laypeople and co-authored a book on theology for the laity.

The vicar general said Father Triet during 50 years of his priesthood “chose Jesus as his purpose in life and tried his best under the circumstances to proclaim Christ to be the only redeemer in the world and father of mercy.”

Father Xuan said the late pastor, who lived a simple and poor life, shared what he had with people in need and took the initiative in providing emergency humanitarian aid for numerous people affected by the prolonged Covid-19 pandemic in Ho Chi Minh City.

Born in 1942 in Hai Duong province, Father Triet accompanied his family to the south during the 1954 exodus. He studied at local seminaries before he was ordained a priest in 1972.

He served as priest assistant of Tan Dinh Parish from 1972 until 1993 when he was assigned to Tan Sa Chau Parish.