Vietnam Catholic youth urged to go to the periphery

They have a duty to live out and present their faith while sticking with the nation, Archbishop Thien of Hanoi says 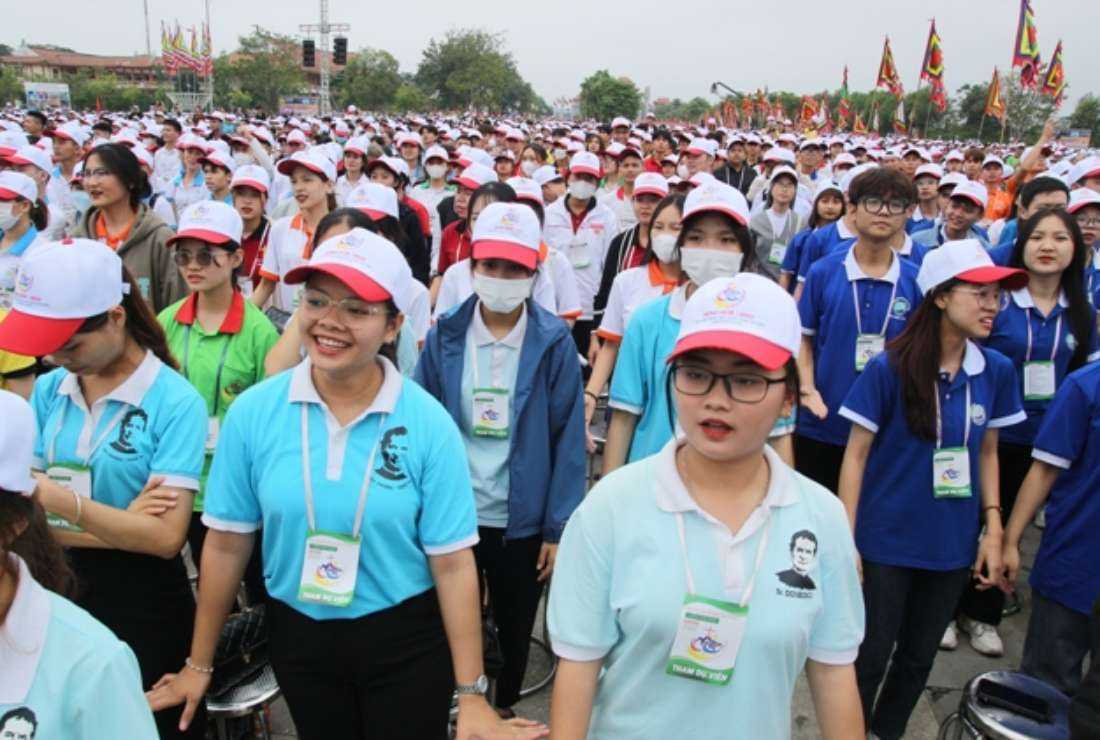 Young people perform an action song during the Northern Youth Gathering at the national Hung Temple in Phu Tho province on Nov 26. (Photo: UCA News)

By UCA News reporter, Phu Tho

Catholic youth from northern Vietnam have been called on to live out and present their faith in the context of Vietnamese culture.

More than 15,000 young people from 11 dioceses attended the 18th Northern Youth Gathering hosted by Hung Hoa Diocese at the national Hung Temple in Phu Tho province on Nov. 25-26. They were joined by youth groups from five southern dioceses.

Archbishop Joseph Vu Van Thien of Hanoi said that returning to the ancestral land of Hung Kings Temple, they have a duty to live out and present the Catholic faith and to stick with the nation.

Archbishop Thien said that evangelization is not only to admit new members but to show a positive, lively, joyful image of the Church, making other people become interested in its teachings.

The deputy of Vietnamese bishops said Hung Hoa, which is the country’s largest diocese in terms of territory, is in great need of evangelization so young people should go and meet followers of other faiths and tell them about Jesus’ stories. The diocese covering nine provinces and part of Hanoi serves 31 ethnic groups.

Also present at the “Go to the periphery” gathering was Singapore-based Archbishop Marek Zalewski, a non-resident representative of the Holy See to Vietnam, a dozen local archbishops and bishops, and hundreds of priests.

Father Joseph Nguyen Ngoc Ngoan, who started to serve Catholic communities in Dien Bien province in 2016, said some sub parishes are 600 kilometers away from his home. The province is home to 19 ethnic groups.

He said the local church does not try to attract as many followers as possible but instills the spirit of the Gospel into local people and their realities.

“I will pray hard for the region of evangelization and go to work there after my college graduation,” the 18-year-old student, who attended such a gathering for the first time, said.

Mary Dang Thi Vui, 21, from Yen Bai province said not all people can set out to work with people in remote areas but they should improve their faith life and live in harmony with the people around them.

“I will limit myself to surfing social media and spend more time praying for evangelization work, tending to my family members and offering catechism to children at my parish,” Vui said.

During the two-day gathering, participants watched the local dioceses’ history of development, listened to talks about going to the periphery and synodality, honored the cross, went to confession, attended Mass, and gave cultural performances from their own regions.

Some 11 northern dioceses take turns holding the annual gathering, which was initiated by the late Bishop Francis Xavier Nguyen Van Sang of Thai Binh in 2002.

The next gathering will be hosted by Bac Ninh Diocese. 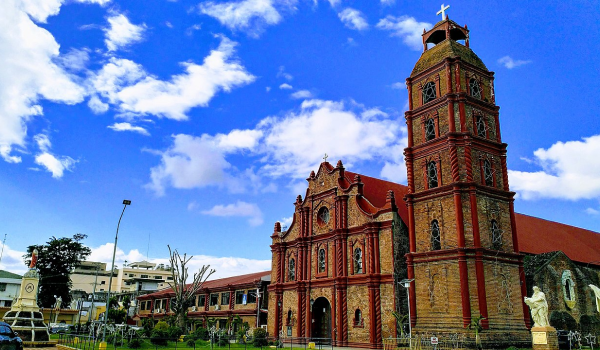