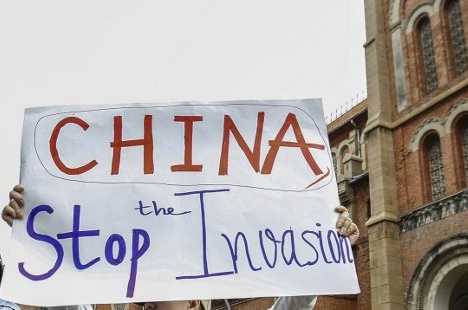 The Vietnamese Church’s patriotic streak could be beneficial to its relations with the Communist government. In a country where Catholics often complain about their religious freedom being restricted and call for their rights be respected, the disagreement between Vietnam and China over the age-long question of the contested Parcel and Spratly islands in the South China Sea – with tensions over the islands resuming and protests reigniting - is reunifying the nation and bringing out the patriotic side of bishops and faithful. With positive and possibly unexpected consequences...

The Vietnamese Church hopes, amongst other things, to be able to get involved in the field of education and granted permission (which it does not currently have) to open schools, educational institutions and universities. In their periodical meetings with Hanoi government officials, Vatican representatives and local bishops have always reassured the government about one thing: that is that the Church intends to work for the good of the Vietnamese people and “believers intend to actively contribute to the country’s development.”

This approach is central to the message sent out by Vietnam’s bishops as anti-Chinese protests over the Paracels question intensified...

Inspired by a phrase used by Benedict XVI: “a good Catholic is also a good citizen,” bishops issued a determined message, inviting faithful to pray and be prepared to sacrifice themselves for their country. The Church is asking the government “to adopt a firm and determined position regarding their great Northern neighbor.” They recall China’s past annexation attempts and called on the government above all “to defend the Vietnamese people and the integrity of the nation.” Vietnam’s bishops announced a “Day of prayer” inspired by Francis’ prayer vigil for peace in Syria, urging Catholics to actively defend their country and ensure the nation’s salvation.

A network of Catholic associations and religious institutes such as the Redemptorists, human rights organisations and Buddhist associations have gone further, criticizing the Vietnamese government for its “cowardly”, “timid” and “spineless” response. The document, which was published on the Vietnamense Redemptorists’ News website, expresses concern about intimidation turning into a military invasion of the nation. It therefore calls for a determined reaction and sees the mass square protests as umpteenth proof of the Vietnamese people’s desire for democracy.

The Catholic Church then, has not hesitated in showing the government the full strength of its patriotism. Given the delicate situation, this attitude may well prove to be just what it takes to wipe away any doubts and uncertainties communist leaders are harbouring, once and for all.