Nguyen Phuong Uyen and Dinh Nguyen Kha in court on May 16.

More than 100 intellectuals and former high-ranking officials in Vietnam have signed an online petition urging the communist government to free two activists who were handed lengthy jail terms last week.

A court in southern Long An province sentenced Nguyen Phuong Uyen, a 20-year-old college student to six years in jail and handed Dinh Nguyen Kha, a 25-year-old computer technician, an eight-year term on May 16. They were also given an extra three years of house arrest after they complete their sentences.

They were accused of distributing anti-government leaflets.

Human rights groups condemned the sentences as another example of the government trying to stamp out dissent in the one-party state.

“We the following signatories are outraged at the sentences given to Nguyen Phuong Uyen and Dinh Nguyen Kha,” stated the petition launched on Sunday.

It called the sentences “immoral, unconstitutional” and said they “trample on the human rights of Uyen and Kha.”

The petition has been signed by at least 115 professors, former high ranking officials and army officers.

Bishop Paul Nguyen Thai Hop of Vinh, head of the Episcopal Commision for Justice and Peace of the Vietnam Bishops’ Conference also signed the petition.

They said they admired what the two “patriots” told the court and their refusal to bow down to the authorities. The voices of dissent grow louder 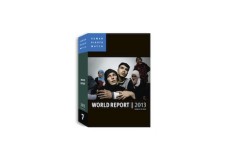 “I love my nation. I do not oppose the nation, but the [Communist] Party,” Kha reportedly told the court.

“I am responsible for what I did. Please don’t cause problems to my family. What we did was out of patriotism and our desire to build a better society,” Uyen said.

The petition signatories said Uyen and Kha undertook peaceful actions which were their right under the Universal Declaration of Human Rights. “Yet they were still sentenced for opposing China’s claims on the disputed Spratly and Paracel islands, and corrupt officials who are destroying the country.

“We demand the government release Uyen and Kha, and other patriots who peacefully express their political views and have been sentenced and imprisoned,” it stated.