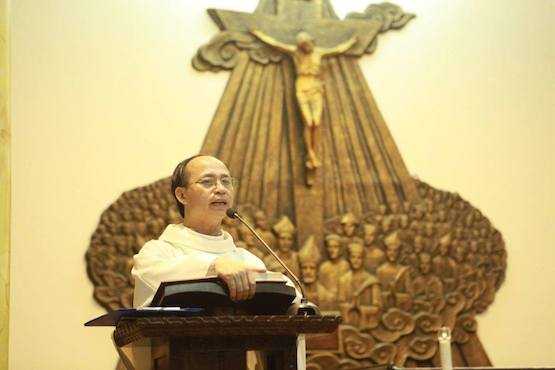 A Redemptorist priest from Hanoi has been banned from leaving the country for "national security" reasons.

Father John Luu Ngoc Quynh from the Redemptorist Community in Hanoi was stopped by security officials at Noi Bai Airport on Dec. 5 and prevented from traveling to France, the community said in a statement.

He is the second Redemptorist priest to be prevented from leaving the country this year.

Father Quynh was invited to attend the vow-taking ceremony of a Vietnamese Cistercian on Dec. 8 in France, the statement added. The Cistercian is one of the priest’s alumni.

Security officers told Father Quynh that he "was banned from traveling abroad for the protection of national security, social order and safety."

They also accused the government of violating his right to travel and his religious freedom.

"This is an arbitrary act that is against Vietnam's laws and the International Bill of Human Rights signed by Vietnam," they said.