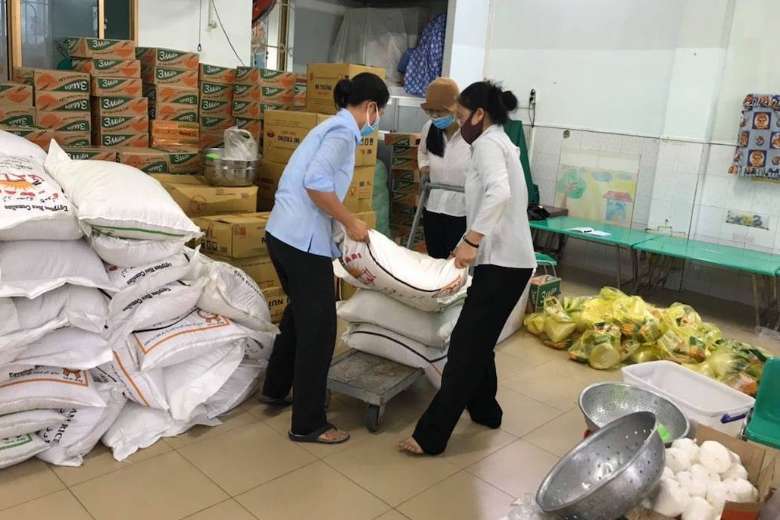 Vietnam has banned all outdoor activities including travel at night in its largest commercial hub in an effort to curb a worsening coronavirus outbreak.

On July 25, Ho Chi Minh City's People's Committee chairman Nguyen Thanh Phong announced that all activities except for medical emergencies and pandemic missions will be suspended in the city from 6pm to 6am the next day starting from July 26 until further notice.

He said the move aims to ensure social distancing and restrict people's travel. People are banned from going out during that time and must separate themselves from others.

Phong asked people not to interpret the new strict regulation as a night curfew.

He asked public security and military forces to carry out round-the-clock patrols of streets and seriously deal with violations. Local authorities who ignore their duties and fail to curb the outbreak will be heavily punished.

The southern city with nine million residents has spent nearly two months implementing social distancing at various levels since May 31 to tackle the stubborn Delta variant that has infected 62,139 people since the first cases were detected in late April.

It is a stressful time for all of us. We have no choice but to attend daily online Masses and pray for the pandemic to end soon

Mary Dinh Phuong Tam from Nam Hoa Parish said local people have been banned from going out for weeks and many people were fined 1-3 million dong for leaving homes without good reason.

Tam, who sells food for a living, said the social distancing measures are essential to contain the outbreak but have left numerous people out of work.

“It is a stressful time for all of us. We have no choice but to attend daily online Masses and pray for the pandemic to end soon,” said the woman, whose family has 12 members. She became jobless due to the latest Covid-19 outbreak.

Nguyen Van Nen, the city’s party chief, called on people to sympathize with some authorities who failed to manage measures properly. He said the city has rallied 10,000 healthcare givers to work at 19 field hospitals serving 50,000 patients. The Health Ministry has sent 4,000 heath workers from other places to the city.

The city’s health department said the city plans to erect a 50,000-bed hospital for Covid-19 patients who have no symptoms. The hospital will need 3,000 doctors and nurses.

Mary Queen Sister Hong Ha, who is among some 300 religious volunteers serving patients at local hospitals, said her team with 20 volunteers is working at a 50-bed ward. Most patients are on ventilators.

We are called to love and serve those patients, so we must pray and offer love and care to them

She said she is deeply moved by patients who cry and writhe in agony.

“We are called to love and serve those patients, so we must pray and offer love and care to them,” the nun said.

Religious volunteers from Catholic and Buddhist groups in the city will work at hospitals at city authorities’ request.

The Southeast Asian country has registered 97,370 community-transmitted infections in 62 out of its 63 provinces and cities since the fourth Covid-19 wave occurred on April 27.