Nguyen Tuong Thuy and his wife before his arrest on May 23. (Photo courtesy of Lan Tuong Thuy's Facebook)

Vietnamese police have arrested the head of an independent press agency as part of a crackdown on “subversive” dissidents.

Security officials from Ho Chi Minh city arrested veteran journalist Nguyen Tuong Thuy, 70, during a raid on his home in Hanoi on May 23 in which his laptop and mobile phone were seized. Thuy was later detained in Ho Chi Minh City.

The Public Security Ministry said Thuy was charged with “producing and spreading anti-state information and documents” under Article 117 of the country’s Criminal Code.

It also accused the ailing journalist, who serves as deputy chief of the unsanctioned Independent Journalists Association of Vietnam, of conspiring with Pham Chi Dung, the association’s co-founder and president, to undermine the state. Dung has been detained since November 2019 on the same charges.

In a statement, the association denied the claims, saying the communist government was trying to gag critical comments by detaining its leaders and harassing other members.

These arrests are a gross violation of the freedom of the press, free speech and the right to assembly, the association said.

“The arrests of Dung and Thuy are unacceptable and go against basic civil rights,” the statement issued on May 24 said.

The association, founded four years ago, condemned the government’s violations of the country’s constitution and said those violations are against exercising universal human rights in civilized societies.

“We will continue our activities according to our aims of focusing on peaceful dialogue and criticism over national issues and the government’s policies,” it said.

The association also called on people to be well aware of their civil rights, which are being severely violated. They should be engaged in a hard struggle with the association to retain their rights. 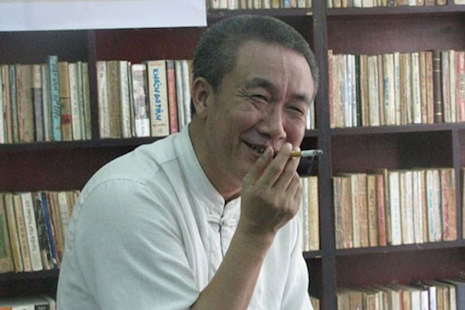 Thuy, who left the army after serving as a captain for 22 years, commented on civil rights and freedom of speech for US-based Radio Free Asia’s Vietnamese Service for years.

He visited and testified before the US’s House of Representatives on media freedom problems in Vietnam in 2014.

The radio station described his arrest as “an alarming act aiming at stifling the freedom of expression in the country, which needs an independent press." It urged authorities to free blogger Thuy immediately and unconditionally.

On May 25, Trinh Ba Phuong, a rights activist in Hanoi, said his mother Can Thi Theu and Thuy’s wife Pham Thi Lan traveled to Ho Chi Minh City to engage lawyers and give Thuy medicine and clothes.

Thuy’s arrest is the third of an activist in the last month. The others were Pham Thanh and Tran Duc Thach for conducting anti-state campaigns.

Dissent is not tolerated in the communist Vietnam, which ranked 175th of 180 countries in the 2020 World Press Freedom Index.