YouTube channel JinnyboyTV is concerned that licensing requirements will slow the growth of social media content creators in Malaysia. (Screenshot of JinnyboyTV)

The Malaysian government has sparked an outcry among the online world and mainstream publishers after insisting anyone shooting a video for any purpose must first obtain approval and a license from authorities.

Minister for Communications and Multimedia Saifuddin Abdullah said film producers must obtain permission from the National Film Development Corporation no later than seven days prior to filming.

He told parliament that this applied to film production, distribution and broadcast activities or any combination of these activities.

“Film producers are required to apply for a Film Production Licence and a Film Shooting Certificate, whether they are mainstream media agencies or personal media showing the film on social media platforms or traditional channels,” he said.

Concerns over free speech and human rights have been raised since a new government was formed following the resignation of Mahathir Mohamad in February, which triggered the collapse of his administration.

His second term as prime minister had ushered in an era of reform tackling a range of issues from the death penalty to legal rights of foreign workers. Mahathir’s return also ended the corrupt years of Najib Razak, who is currently before the courts, and his crackdown on critics.

However, reform appears to have stalled under Prime Minister Muhyiddin Yassin.

Earlier this month, Malaysian police opened an investigation into a documentary by Al Jazeera on the arrests of undocumented migrants, which upset authorities who have since accused the Qatari-based broadcaster of tarnishing Malaysia’s image.

Produced by its 101 East investigative news program, "Locked up in Malaysia's Lockdown" focused on the plight of thousands of undocumented migrants detained during raids carried out in areas under Covid-19 lockdown. 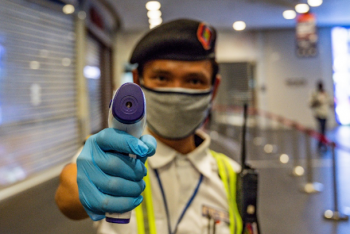 “The government encourages everyone, young or old, individuals or organisations to produce any form of films, as I mentioned just now, as long as it follows the law,” he added.

But government critics said such demands were absurd in a digital world where anyone with a smartphone can make a video within minutes and post it online within seconds. A license obtained seven days in advance is required for each video.

Jin Lim, founder of YouTube channel JinnyboyTV, said the move would slow the growth of social media content creators, adding he was concerned about whether freedom of expression was being curtailed.

“Every now and then, there are trends sweeping over social media like the Harlem Shake or Gangnam Style dance trend. Does that mean we will have to apply seven days before to do that challenge? And by the time we do apply, the trend will be gone,” he told The Star newspaper.

“It feels like it’s going in the direction of ‘We’re going to regulate everything that goes up on your platform.’ It’s as if we don’t have a choice and a voice.”