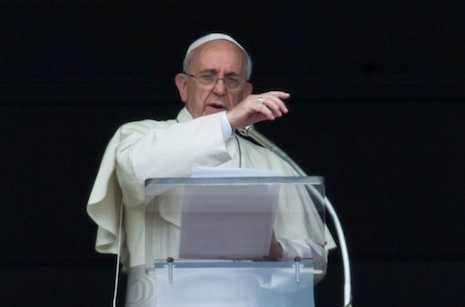 Pope Francis has summoned heads of the Vatican's various congregations and pontifical councils, meaning the cardinals and archbishops who run the place, for a rare joint meeting Tuesday.

The idea may be to take stock of the new papacy at its six-month mark, though the unknowns about the encounter outnumber the certainties. At this stage, it's not clear what topics may come up, who's going to speak or in what order, and whether the pope may use the occasion to announce further personnel moves or structural changes.

The gathering is sandwiched between two key developments -- the Aug. 31 announcement of Italian Archbishop Pietro Parolin as the Vatican's new Secretary of State and the looming Oct. 1-3 meeting of the council of eight cardinals created by Francis to advise him on church governance. As a result, it may be a chance for the pope to solicit feedback on decisions already made and to talk about what's still ahead.

Watch the NCR Today blog for news about the meeting as it develops.