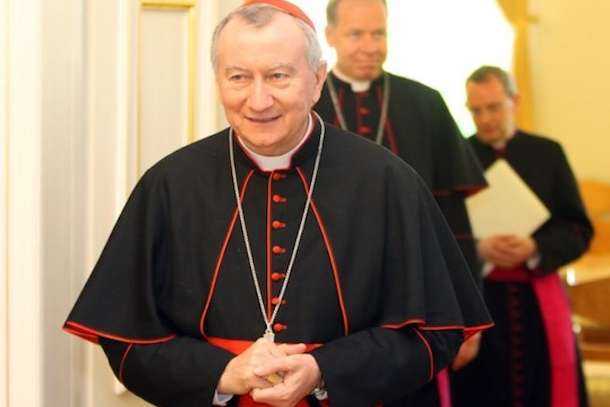 The Vatican wants to extend its two-year-old agreement with China on bishops' appointments, the Vatican's Secretary of State Cardinal Pietro Parolin has said.

The cardinal, who was instrumental in creating the agreement signed in September 2018, told media on Sept. 14 that the Vatican is hoping to renew the deal when it expires next month. "The agreement has not yet expired," Cardinal Parolin said, clarifying that it is due to expire in October when two years are completed since it came into force.

The agreement, which was the first bilateral pact since 1951 when Vatican and China severed diplomatic relations, aims to provide Vatican-approved bishops in China rather than state-appointed bishops.

Cardinal Parolin said the agreement was signed "ad experimentum" (as an experiment) and the Vatican plans to continue in that fashion. "Our intention is that it [the agreement] be prolonged, that we continue to adopt it ad experimentum, as has been done in these two years, to further verify its usefulness for the Church in China," he said, according to a report by Rome-based Zenit news service. The church leader expressed hope that China is interested in continuing with the agreement. "I think and hope so, even if these first results were not particularly striking. However, it seems that a direction has been marked that is worth continuing. Then we will see at the end of this further period what to do," he said. The cardinal, who has been criticized for pushing the agreement without adequate consultation with leaders of the Chinese Church, said the deal aimed to benefit the Church in China. "As we have said many times and here too, our interest is to normalize life as much as possible so that the Church can live a normal life," he said. He further explained "normal life" as meaning the Church in China having relations with churches in other parts of the world and "the Holy See and with the Pope and then that there is unity within the Chinese Church." "And all this of course, [we want to see] with a background of peaceful coexistence, searching for peace and overcoming tensions; but our perspective is on this ecclesiastical theme, then we will see," Cardinal Parolin said. Resentment in China A Catholic priest in China who did not want to be named said Cardinal Parolin was wrong and the agreement brought "nothing good" to the Church in China. "Cardinal Parolin said that the agreement aimed to unite and improve the situation of the China Church, but it has only further divided and wounded the Church in China," he said. According to him, ever since the agreement came into force, China began to force priests of the underground church to join the state-run church, particularly in dioceses where underground bishops were accepted into state-run churches. Since the agreement, the Vatican has lifted excommunication on seven living bishops and one dead bishop who had been appointed without a papal mandate. In turn, China installed six underground bishops into the state-controlled Chinese Catholic Patriotic Association, which the Chinese present now as the church that has the recognition of both the state and the Vatican. "The officials want the entire Church in China under the communist party. That is the end result," said the priest. The priest said Cardinal Parolin and the Vatican officials pushing for the agreement's renewal have "lost both logic and theology." "Why renew an agreement that worsens the situation? Why push for it when it helps the atheists to decide for the Church," he asked.