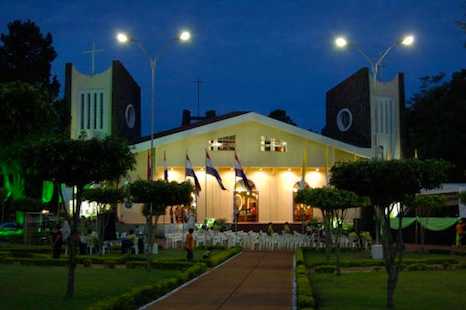 The Vatican has suspended priestly ordinations in the Diocese of Ciudad del Este, Paraguay, according to multiple media reports.

Following an investigation of the diocese led by Cardinal Santos Abril y Castello, ordinations have been suspended until Pope Francis resolves difficulties in the diocese, reports indicate. No public announcement has been made about the reason for the action.

The Vatican ordered an investigation of the diocese following the revelation that a priest who was accused of sexual abuse while serving in the US was serving as vicar general in Ciudad del Este. That report brought to a head tensions between the diocesan leader, Bishop Rogelio Livieres Plano, and other bishops in Paraguay, and complaints from lay activists about alleged irregularities in diocesan affairs.

The accused priest, Father Carlos Urrotigoity—who is identified by the Scranton, Pennsylvania diocese as a “serious threat to young people”—was reportedly removed from his post as vicar general earlier this month, at the request of the apostolic nuncio in Paraguay, Archbishop Eliseo Ariotti. However, Bishop Livieres has defended Father Urrotigoity in the past, saying that thc charges against him are unproven.

Defenders of Bishop Livieres have argued that the complaints against him have been fueled by liberal ideology. They note that Bishop Livieres, a harsh critic of liberation theology and a strong supporter of the traditional liturgy, has led a strong revival of the faith in the Ciudad del Este diocese, pointing to increases in the numbers of priests, church weddings, and baptisms.

Cardinal Abril y Castello arrived in Paraguay to begin his investigation on July 21, and met with Bishop Livieres the next day. The busy schedule of the trip took a toll on the Spanish cardinal, and he was briefly hospitalized after fainting on July 24. But his condition was not deemed serious, and he resumed his duties promptly, finishing his week-long visit. Cardinal Abril y Castello —who is the archpriest of the Roman basilica of St. Mary Major, and was recently appointed by Pope Francis to chair the commission of cardinals supervising the Vatican bank—was joined in the investigation by Bishop Milton Troccoli, the auxiliary bishop of Montevideo, Uruguay.

As he prepared to return to Rome, Cardinal Abril y Castello urged the faithful in Paraguay to respect the Vatican’s decision and await further announcements. Bishop Livieres said that he would obey directives from Rome, while insisting that he is innocent of any wrongdoing.