Officials from the Vatican Congregation of Doctrine of Faith with Indian bishops and theologians after their theological colloquium (Jan. 21-24) in southern Bangalore city. (Photo provided by the bishops' conference)

Top Vatican officials have met Indian theologians and bishops for the second time in eight years, which some say shows a renewed interest in Asian theology by the Vatican.

India’s leading theologians and 18 bishops, archbishops and cardinals met with leading officials of the Vatican’s Congregation for the Doctrine of the Faith (CDF) in southern India’s Bangalore city. The Jan. 21-24 gathering involving CDF was the second since their first such meeting in 2011.

Such dialogues “show the Vatican’s desire to know more about developments in Asian theology and the trends and changes in the social milieu, in which theologizing takes place,” said Jesuit  Father Kuruvilla Pandikattu, a theologian.

The Bangalore event follows a similar dialogue in Bangkok in which the Vatican’s doctrinal watchdog met with officials of bishops’ conferences in Asia, said Bishop Thomas Dabre of Poona, who attended both events.

Bishop Dabre told ucanews.com that the Vatican congregation’s interest in Indian theology and theologians should be seen as “a manifestation of their recognition of theology in India” rather than implying any negative connotations.

Hard times over yet?

Bishop Dabre, who has been associated with CDF for almost two decades as an Indian theologian, recalled that in the past “there were some concerns and questions about some of our theologians and their writings.”

Those concerns were expressed “in view of protecting the deposit of faith. Both theologians and the CDF, no doubt, wish to safeguard the data of revelation, which includes the teaching of the church,” he said. Oscar Romero and the politics of canonization 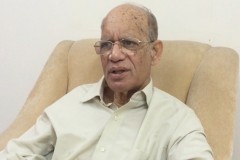 The latest Asian theologian to face Vatican’s ire was Indian Jesuit Father Michael Amaladoss. The CDF in 2014 investigated his book, “Asian Jesus” which also discussed the church’s mission in a multi-religious context.  He faced threat of censure and met with congregation’s officials in May 2014 to explain his views on Jesus expressed in the book.

Theologians in Asia, in their attempts to present Christ to the majority of Hindu, Buddhist and Muslim populations have often proposed non-traditional doctrinal formulations. The Vatican has doubted such approaches and have said they water down the “uniqueness” of Christ as a source grace and means of salvation.

Sri Lankan theologian Father Tisa Balasuriya was excommunicated in 1997 after being accused of heresy and misinterpreting the doctrine of original sin in his book “Mary and Human Liberation.”

Following a long and harrowing process of negotiations his excommunication was revoked in January 1998. He died in 2013, at the age of 89.

Belgian Jesuit Jacques Dupuis, a missionary and theologian in India, faced CDF investigation for his views on religious pluralism. Media reports say the stress of the probe contributed to his death in 2004.

Asian theologians increasingly became silent during the quarter of a century that Cardinal Ratzinger led the CDF. Under his leadership, even the Federation of Asian Bishops’ Conferences fell inactive in terms of discussing Asian theology.

With Pope Francis at the helm, liberation theology “is getting more acceptance” and “across the church newer ways of theologizing is gaining acceptance,” said Father Pandikattu.

Pope Francis, months after becoming pope, hosted Peruvian Father Gustavo Gutiérrez — the most recognized voice of liberation theology — at his residence. This led some say it was a sign of thawing relations between the Vatican and liberation theologians.

The renewed dialogue between the CDF and Asian Catholics shows the Vatican “wants to gain first-hand knowledge about social trends and changes taking place in the social milieu in which theologizing is taking place,” Father Pandikattu said.

Theologian Father Thomas Kollamparampil, who presented a paper in the Bangalore colloquium, told ucanews.com “it was great experience of friendship and sharing of pastoral responsibility.”

“They are coming out of the earlier suspicions about theology in Asian countries. There is a very positive attempt to understand Asian contexts and difficulties,” Father Kollamparampil, a Carmelite of Mary Immaculate member, told ucanews.com.

Since 1996, bishops and theologians in India have been meeting annually. Following a proposal to involve CDF at these meetings, representatives of the top theological authority attended a colloquium in 2011, said a press note from Cardinal Oswald Gracias of Bombay, president of Indian bishops’ conference.

Among the topics included were evangelization in the multi-cultural and multi-religious context of India and the role of laity in the church and civil society.

The meeting also discussed questions regarding the specific role and work of the CDF, and its cooperation with episcopal conferences and their doctrinal commissions, the press statement said.

Bishop Dabre said theologians and CDF work together “in a collaborative manner” for the growth of the church. The colloquium should be looked at “with such a perspective of openness and trust” rather than with any skepticism, he said.

“The CDF is concerned with the status of theology, not only in India but all over the world,” said the archbishop-theologian, who presented a paper at the Bangalore colloquium.

Bishop Dabre recalled that “some of us were examined and corrected in the past. I personally would have no difficulty in appreciating their correction.”

He said Asian theologians “have made a significant contribution to the development of theology. Particularly in response to our multicultural, multi-religious and poverty-stricken situation for which our theologians merit a high commendation.”

“As you can see in recent times, we have not heard of any investigative procedure being launched,” he said.