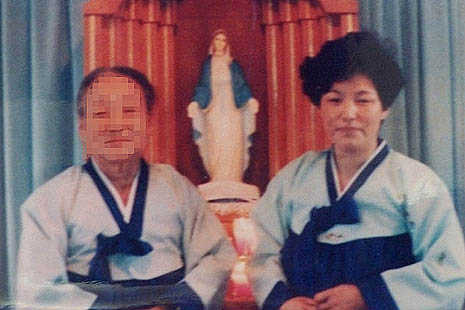 The Vatican has reaffirmed that the so-called divine miracles argued by an alleged Marian visionary are not "true Christian teaching," Kwangju archdiocese noted yesterday. Archbishop Hyginus Kim Hee-jung of Kwangju said in his statement that the Pontifical Congregation for the Doctrine of the Faith had sent its letter to the archdiocese on March 30. The Vatican congregation noted in the letter that the so-called "divine miracles revolving around Julia Youn in Naju, South Korea" that she and her followers had sent to the congregation are "far away from true Christian faith," said Archbishop Kim. It also pointed out that some of her followers have confused Catholics by saying "the Vatican will support their argument and approve it soon." But "the Vatican will never change its position on the alleged visionary," the archbishop noted. Archbishop Kim claimed that the Vatican letter has reconfirmed that "the Vatican has taken the same stand with Kwangju archdiocese" on the alleged Marian visionary. He explained that he issued the statement because "some of Catholics still follow Youn" though the archdiocese issued directives in 1998, 2003 and 2005 banning Catholics from participating in ceremonies organized by her. Meanwhile, Youn and her supporters have maintained that since 1985 there were several "miracles" around her and her Marian statue, but the archdiocese issued the three directives to deny it. Finally, Archbishop Andreas Choi Chang-mou of Kwangju had declared in January 2008 that Youn and her followers had incurred latae sententiae excommunication. And at their biannual plenary assembly in 2008, Korean bishops agreed they would respect that decision. But Youn's followers have insisted the Vatican has different thought on Youn, referring to Cardinal Ivan Dias, prefect of Congregation for the Evangelization of Peoples, who, they said, urged the Korean bishops to recognize Youn during their Ad limina visit to the Vatican in 2007. However, the archdiocese then reminded Catholics that the Congregation for the Doctrine of the Faith is the only competent authority to rule on the issue, criticizing they are "distorting" the "private" concern of Cardinal Dias who had urged better pastoral efforts in this regard. Related report Vatican supports archdiocese´s ruling on alleged visionary KO14055