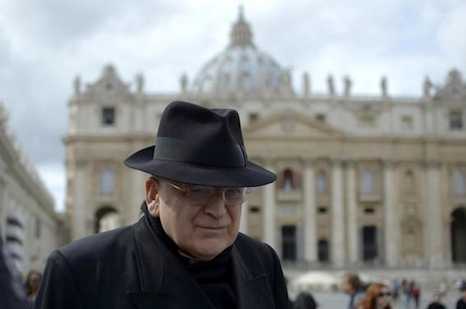 The Vatican on Saturday removed the former archbishop of St. Louis, Raymond Leo Burke, from a key post following his criticism of the pope.

Burke, who is the seniormost American prelate in the Vatican, said in an interview earlier that many Catholics felt that the "Church was like a ship without a rudder”.

Burke was stripped of the headship of the Supreme Tribunal of the Apostolic Signatura, the highest judicial authority in the church, and instead named as patron of the Sovereign Military Order of Malta, an honorific post.

Burke was replaced as cardinal prefect of the tribunal by Dominique Memberti, a Frenchman, a Vatican statement said.

Britain's Archbishop Paul Richard Gallagher replaced Memberti as Secretary (Relations with States) of the Secretariat of State, equivalent to the Vatican's foreign minister. He was previously Apostolic Nuncio to Australia.

He was however invited by the pope in October to attend a synod where he fiercely opposed any change in the Church's stance on these and other sensitive social issue.

The spiritual leader of the world's 1.2 billion Catholics had called for the Church to take a more merciful approach to unmarried mothers, remarried divorcees and gays, famously saying of homosexuals, "Who am I to judge?" AFP