The Holy See expects a deficit of 49.7 million euros in its budget for 2021 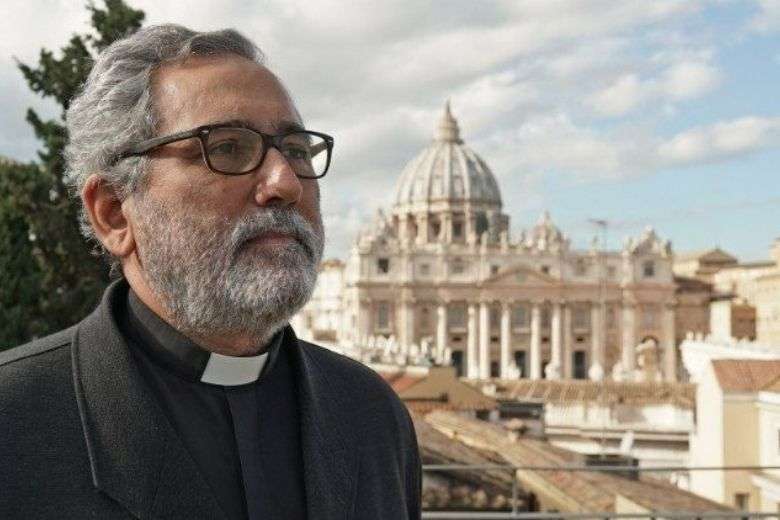 Revenue shortfalls and a current budget deficit require increased efficiency, transparency and creativity while working to continue to fully carry out the mission of the universal Church, said the head of the Vatican's economic office.

"A time of financial challenge is not a time to give up or to throw in the towel, it is not a time to be 'pragmatic' and forget our values," Jesuit Father Juan Antonio Guerrero Alves, prefect of the Secretariat for the Economy, told Vatican News March 12.

"Protecting jobs and wages has been a priority for us so far," the priest said. "Pope Francis insists that saving money does not have to mean laying off employees; he is very sensitive to the plight of families."

The prefect spoke with the Vatican's media outlet as his office released a detailed report of the Holy See's 2021 budget, which had already been approved by the pope and released to the public Feb. 19.

The Vatican expects a deficit of 49.7 million euros ($60 million) in its budget for 2021, given the continued economic repercussions caused by the COVID-19 pandemic.

In an effort to provide "more visibility and transparency to the economic transactions of the Holy See," the Secretariat for the Economy had said that, for the first time, the budget would consolidate incomes and grants from the Peter's Pence collection and "all dedicated funds."

That means net proceeds from those funds were itemized when included in calculating total revenues projected to be about 260.4 million euros ($311 million), adding an additional 47 million euros ($56 million) to other revenue sources, which include real estate, investments, commercial activities like the Vatican Museums and donations from dioceses and others.

"The Holy See has an indispensable mission for which it provides a service that inevitably generates costs, which are covered mostly by donations," Father Guerrero said.

When assets and other revenues are down, the Vatican tries to save as much as possible, but then it must turn to its reserves, he said.

There have been a "series of years in which the donations received -- including Peter's Pence -- did not cover the costs of this mission (of the Holy See) and, as a result, the fund reserves that accumulated in previous years were used up," he said.

"This recourse to Peter's Pence reserves in recent years means that the liquidity of the fund is being depleted and with the current crisis it is very likely that in 2022, we will have to resort to some extent to the assets of APSA," the office that controls property and investments, he said.

Because of the economic crisis caused by the pandemic, Father Guerrero said, the Vatican has reduced its budgeted expenditures by 8%, making them "the lowest in the recent history of the Holy See."

It is not possible, he said, to reduce costs any further while fulfilling the mission of the Holy See, which depends greatly on human resources, particularly in communications, which makes up 22% of expenses.

The Holy See's apostolic nunciatures are the next highest expense at 20% of the budget, while 17% of expenditures go to distribution of donations and contributions and 16% go to support local churches in difficulty as well as specific projects for evangelization, the report said.

Father Guerrero said, "About 50% of the budget is made up of personnel expenses," which goes up 2% each year with cost-of-living adjustments, and protecting jobs and wages remains a priority.

Instead, he said, the Vatican was able to make substantial savings in 2020 and plans to continue to do so for 2021 by cutting expenses elsewhere.

"At the same time, we expect that many of the revenue streams that have declined with the pandemic will be able to resume when the overall situation improves," he added.

On the positive side, the Holy See has explored new opportunities that the new situation brings, he said, like trying to be more creative and using videoconferencing for meetings.

The Holy See will continue to try to save money and improve transparency "so that the faithful know what is being done with their donations," he said. "If this goes on too long, we will not be able to contain the deficit except with the support of the faithful."