It makes no sense for a Catholic entity to benefit from the exploitation of people or environment, Cardinal PeterTurkson says 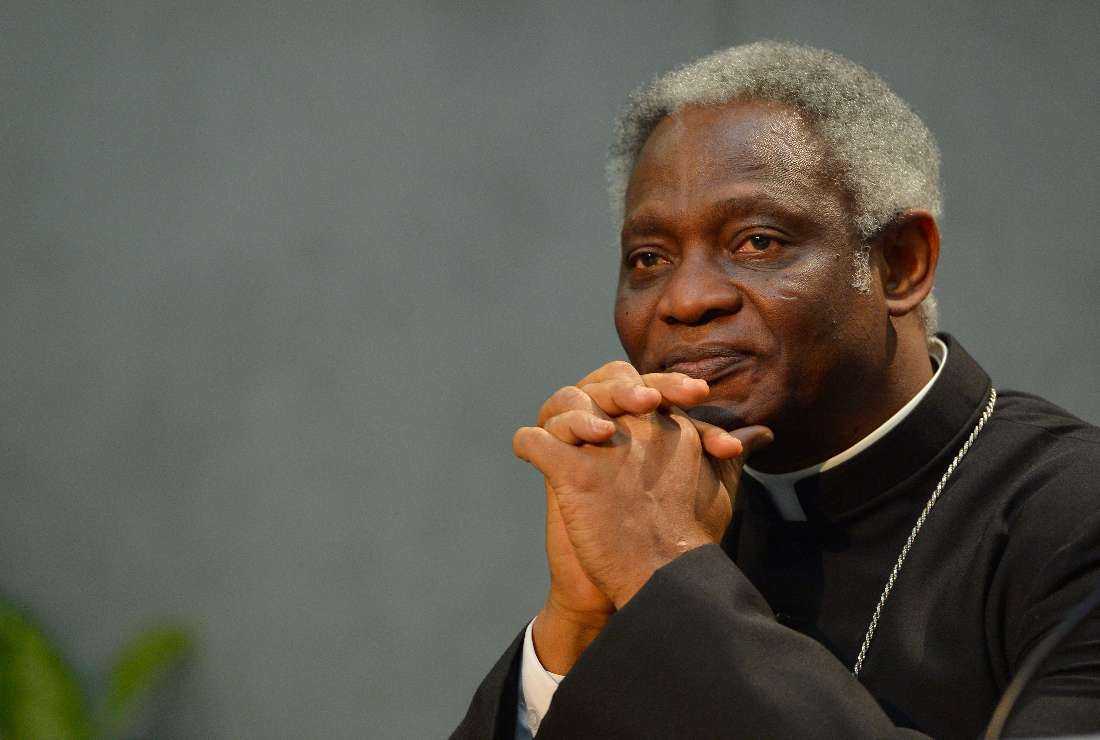 No investment of money is morally neutral; "either God's kingdom is being advanced by the assets we deploy, or it is being neglected and undermined," said a new Vatican document.

To help Catholic institutions and individuals invest in a way consistent with the values of their faith, the Pontifical Academy of Social Sciences published a document, "Mensuram Bonam" (For Good Measure) Nov. 25.

Using the principles of Catholic social teaching and definitive church pronouncements on issues such as abortion, nuclear weapons and the death penalty, the document calls on bishops' conferences and other Catholic investors to develop investment criteria that are consistent with the Catholic tradition and inspired by "a solidarity-based commitment" to promote not only needed financial returns, "but also human dignity, care for creation and inclusive growth through united action bound by love."

Subtitled "Faith-Based Measures for Catholic Investors: A Starting Point and Call to Action," the document lists 24 topics -- from abortion to water -- that should be considered when planning an investment strategy that generates the funds necessary to continue the church's mission but does so in the most ethical way possible.

Initial work on the document was done under the auspices of the Dicastery for Promoting Integral Human Development when it was led by Cardinal Peter Turkson. A first draft of the document was shared with reporters in January and then revised.

Cardinal Turkson, now chancellor of the pontifical academy, had told reporters at the time that the document does not have "prescriptive power or force."

"No human domain or experience, including investing, is outside of God's care, or beyond reach of God's grace," the document said, so people are called to be open to God's grace as they discern the true value of things and make decisions about what investments to support.

While asking bishops' conferences, religious orders and Catholic institutions to develop their own strategies, the document said that "the commitment to greater alignment between the management of assets and the broader mission of the church should be further enhanced through cooperation between Catholic asset owners at a national and international level, including Vatican and Holy See entities."

Cardinal Turkson said the dicastery began working on the document before Pope Francis ordered the Administration of the Patrimony of the Holy See to handle the investments of the offices of the Roman Curia and tasked the Secretariat for the Economy with drafting a firm investment policy, which the cardinal said he hoped would benefit from the document.

The Institute for the Works of Religion, commonly known as the Vatican bank, has an "internal policy for faith-consistent investments," according to a Powerpoint presentation sent to Catholic News Service early in the year by Jean-Baptiste de Franssu, president of the bank's board of supervisors, who also helped draft the new document.

"Faith-consistent investing" has elements found in "socially responsible investing," strategies focused on environmental, social and corporate governance (ESG) and "impact investing," which aims to promote a particular good or set of goods. But, the document said, faith-consistent investing "goes much further in terms of moral responsibility" because it is based on Catholic social teaching with its "vision of the human person, his/her integral development and vocation in relationship with God, with other persons and with creation."

The document cites guidelines drawn up and periodically revised by the bishops' conferences of Austria, France, Germany, Italy and the United States. In their own financial activities, the conferences, including the U.S. Conference of Catholic Bishops, will not invest in companies providing or making materials for the specific purpose of abortion, that make contraceptives, produce or distribute pornography, or make chemical or nuclear weapons or land mines, for example. The U.S. and German bishops also exclude investment in tobacco companies.

On other issues, like ensuring supply chains are free of exploited labor or companies do not engage in practices that could damage the environment, the bishops' policies promise to engage in corporate dialogues, proxy voting and support of shareholder resolutions to fight for improvement, which is another strategy envisioned by "Mensuram Bonam."

Cardinal Turkson said the document includes other areas of concern that the bishops should consider adding to their criteria, including keeping animal experimentation to a minimum, discouraging the manufacture and marketing of computer games that glorify violence, upholding the rights of Indigenous people and not investing in companies connected to capital punishment, for example, by manufacturing the drugs used for lethal injections.

But faith-consistent investing, the document said, is not only about excluding or avoiding certain companies. It also includes seeking investment opportunities that would promote development, job creation, environmental protection and alternative energy sources, for example.

While not addressed to individual investors, the document said it hoped all Catholics would recognize the ethical implications of the financial decisions they make.

"Faith cannot be a private reality, a set of private and personal convictions and a private doctrine and worship," the document said. Faith "is incomplete without a vision of the world and our place within it, namely, our works."