Without a clear policy, the Church stands to lose as same-sex unions will soon become common 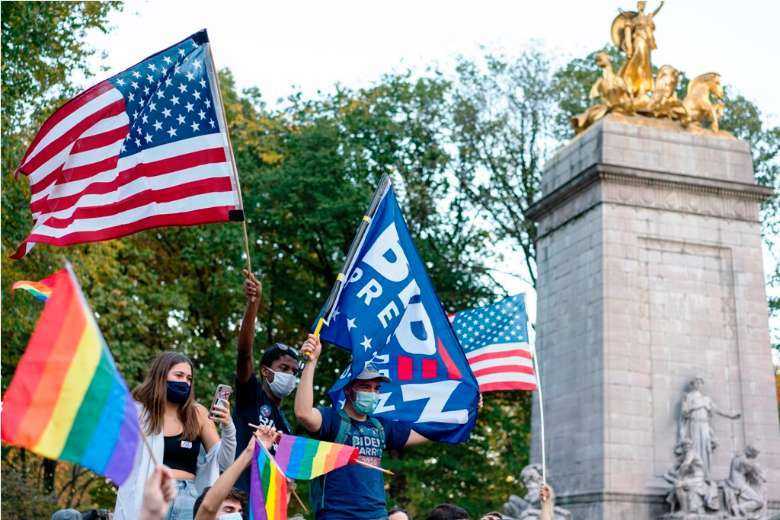 The Catholic Church and its bishops’ councils in Germany and the US act as a divided house on homosexuality. Despite Pope Francis’ famous “Who am I to judge?” comment, the Church has miserably failed to put in place a modern policy on transgender people in its catechism.

The Vatican is running behind schedule even as the LGBTQ community’s inclusion in civil society is gaining ground across the world.

US President Joe Biden, a Catholic, has thrown down the gauntlet to the Church with the Aug. 6 appointment of LGBT advocacy patron Scott Miller as an envoy to Switzerland, which is holding a referendum next month on a 2020 law allowing same-sex couples to marry and change their gender with a declaration.

Switzerland is one of the few remaining countries in Europe where same-sex marriage is not legal. The bishops in Switzerland in a statement on Dec. 4 opposed the “marriage equality” law, saying it does not ensure “children are born into a stable institution with a mother and a father they know.”

Pope Francis has been more conciliatory toward gay people than any of his predecessors. But a growing dissonance has emerged between his inclusive approach and official actions on the issue of gay Catholics.

The result is confusion and frustration among the bishops’ conferences and the faithful worldwide. This is incredibly visible in the US and Germany, two Catholic strongholds.

Speaking in welcoming terms while sticking to the Church's official teaching, the pope has left Catholics and Christians with no credible answer

Pope Francis has met with LGBT advocates, spoken warmly on their place in the Church, and called for national laws for same-sex civil unions. But on March 15, he put curtains on his reformist intentions by signing off on a Vatican decree that bars priests from blessing same-sex unions.

In the decree, the pope said that same-sex unions are “not ordered to the Creator’s plan” and that God “cannot bless sin.”

Speaking in welcoming terms while sticking to the Church's official teaching, the pope has left Catholics and Christians with no credible answer.

According to the Vatican’s Congregation for the Doctrine of the Faith, the apex doctrinal office, legal recognition of homosexual unions amounts to approving “deviant behavior”  and would “obscure basic values which belong to the common inheritance of humanity."

Ambassador-designate Miller is not an ordinary person. In its Aug. 6 announcement, the Biden administration described Miller as “an LGBTQ rights activist and philanthropist.”

They are “the largest contributors to LGBTQ equality in history, having donated hundreds of millions of dollars to the cause.”

Miller’s ties with Biden go back to 2015 when he became the first sitting US vice president to address an invitation-only conclave of major LGBT donors. Miller then praised Biden as “a true friend and ally, an agent of change for the LGBT community.”

The Colorado-based Gill Foundation’s area of work runs beyond supporting the traditional Democratic-Republican political narratives in the country of 330 million people. It has spent US$390 million since its inception 25 years ago "to change the world through legislatures" and its target is family by redefining marriage, two basic components of the Catholic Church.

Miller’s millionaire partner has proved good at isolating US legislators who stood in the way of advancing LGBT rights. In Iowa the tech tsar has succeeded in ousting them, his media profile said.

Gill led the way to legalize gay marriage in states like Iowa, Massachusetts and Delaware and set up the Gill Action Fund, a political organization, to advance the cause of the LGBT community.

When confirmed by the US Senate, Miller, who co-chairs the board of directors of the Gill Foundation along with Gill, will also become the ambassador to Liechtenstein, a German-speaking principality of more than 38,000 people.

The Gill Foundation specializes in influencing religion to gain wider acceptance for the LGBTQ cause and works with Protestant, Catholic and Muslim groups who bat against the "immorality" of homosexual acts and relationships in their denominations.

Its area of funding is among activists to woo followers from these churches away from their own official, historic doctrinal norms while positioning the LGBT cause as a secular political agenda.

Since its declaration in the 2006 annual report to conduct detailed work “in denominations, seminaries, clergy coalitions and media to counter religious opposition,” the foundation has won over American religious denominations one after another, dealing a severe blow to traditional family values in the US.

A leading Catholic newspaper termed this LGBTQ liberationist movement as a “hostile takeover of religion” by the foundation.

The US Catholic Bishops' Conference is on a potential collision course with Biden. As Bishop Liam Cary of Baker said, the bishops are in an “unprecedented situation” with “a Catholic president who is opposed to the teaching” of the Church.

The childless LGBT cause is spreading its wings by redefining the Christian sacrament of marriage with surrogate motherhood and making men and women purchasable birthing machines.

Miller will have a vital role to play in his debut as ambassador in Switzerland. This was echoed by the president of the US-based Victory Institute, which claims to help the transgender community with high-profile political appointments.

It is a matter of time before same-sex unions become common and more straight people come forward or are seduced to experience their homosexual desires.

Without a clear contemporary policy, the Church is set to lose some of its 1.3 billion followers to homosexuality and the sociopolitical biological process called "inclusion."

PETER JENSEN
Is the author advocating that the Church change our teaching on homosexual acts? That's how I read the commentary. I am certainly understanding of same sex attraction issues, but God's law is God's law. Old Testament and New Testament. Should the Church support people in a same sex relationship that does not involve sexual activity? Sounds reasonable to me. Beyond that, whether secular society likes it or not, sexual activity between same sex partners cannot be condoned by the Church. Why try to dance around the Truth, as the author appears to be doing?
Reply