Spokesman says UN was not entitled to attack Church teachings 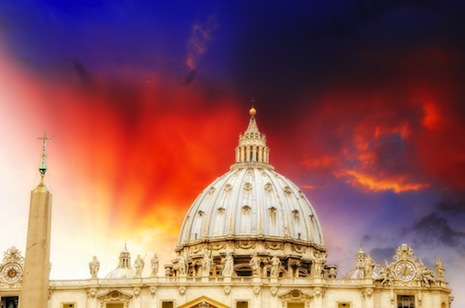 In a sharply worded and detailed response to UN committee’s critical report on the Vatican’s response to sexual abuse, the Vatican’s chief spokesman has said that the committee’s recommendations “seem to go beyond its competencies and to interfere in the very doctrinal and moral positions of the Catholic Church.”

Father Federico Lombardi, the director of the Vatican press office, released a lengthy response to the report by the UN Committee on the Rights of the Child on February 7. In his 3-page statement charged that committee had neglected to pay attention to information submitted by the Vatican, relying instead on reports from groups critical of the Church. The Vatican spokesman strongly suggested that the report had been drafted in advance, without waiting for the Vatican’s own report.

Most important, Father Lombardi charged, the UN committee had overstepped its jurisdiction to attack the Church’s moral teaching. He said that “the Committee’s comments in several directions seem to go beyond its powers and to interfere in the very moral and doctrinal positions of the Catholic Church, giving indications involving moral evaluations of contraception, or abortion, or education in families, or the vision of human sexuality, in light of own ideological vision of sexuality itself.”

Father Lombardi made an extra effort to reaffirm the Vatican’s support for the UN, and for the Convention on the Rights of the Child. He said that the Holy See recognized the value of “serious and well founded” criticism regarding the Church’s response to the sex-abuse scandal. However, he said that the UN committee’s report was a biased presentation.

The Church has suffered from “unjustly harmful” media scrutiny in the sex-abuse crisis, Father Lombardi said, and the enormous attention accorded to the UN committee’s report was an example of that unequal treatment. He pointed out that the same committee’s reports on other nations have rarely been given media attention, even when the reports point to grave violations of children’s rights.

Father Lombardi also complained that the UN committee’s report shows a “lack of understanding of the specific nature of the Holy See.” The Vatican, he explained, does not control the behavior of priests in every country, and cannot be responsible for law-enforcement efforts outside its own limited jurisdiction. He observed that this point had been made repeatedly to members of the UN committee, and “one is entitled to amazement” that the point had not been absorbed.