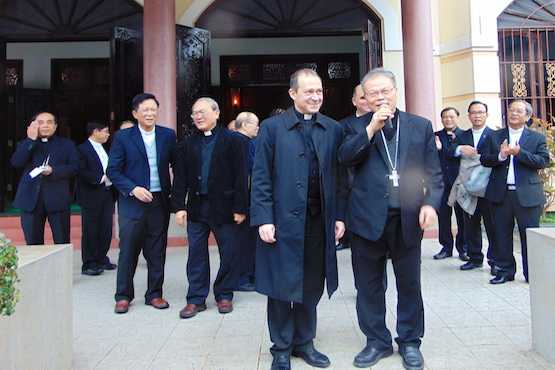 A Vatican delegation has discussed nominations for a Vatican envoy and for bishops for vacant dioceses with Vietnam's government.

The Vatican delegation led by Msgr. Antoine Camilleri, the Vatican's undersecretary for relations with states, paid a five-day working visit to Vietnam on Jan. 16-20.

"The two sides have talked about the nomination for a new resident pontifical representative for Vietnam in the future, replacing Archbishop Leopoldo Girelli," the source said.

Archbishop Girelli, the Vatican's first non-resident representative for Vietnam since the country was reunified under communist rule in 1975, was appointed as the apostolic nuncio to Israel and apostolic delegate to Jerusalem and Palestine last October. He worked in Vietnam for seven years.

However, Vatican and Vietnamese officials have not yet agreed the nomination, the source said.

The sides also discussed episcopal nominations for the vacant dioceses of Phan Thiet and Thanh Hoa. The late Bishop Joseph Vu Duy Thong of Phan Thiet died in March 2017. Thanh Hoa Diocese has been vacant since Bishop Joseph Nguyen Chi Linh was named as Archbishop of Hue Archdiocese in 2016.

Archbishop Linh, president of the Catholic Bishops' Conference of Vietnam, said in an interview with a foreign Catholic newspaper last July that government officials have no right to propose episcopal candidates but can deny them.

He said episcopal nomination for the country's three archdioceses is more problematic than that for dioceses.

Vietnam's first-ever law on belief and religion, which took effect Jan. 1, stipulates that nomination and ordination relating to foreign elements must have advanced approval from the government.

The source said Vatican delegates also worked with Vietnamese officials on the possibility of establishing educational centers run by the Catholic Church in the country. Religious organizations are now only allowed to manage nursery schools.

Delegates also celebrated a special Mass at the 220-year-old National Shrine of Our Lady of La Vang in the central province of Quang Tri.

Vietnam and the Holy See established a joint working group that has regularly discussed church issues in Vietnam since 2009.

Vietnam News Agency on Jan. 19 reported that Prime Minister Phuc expressed his delight at the maintenance of the joint working group through which the two sides have maintained a dialogue to enhance mutual understanding and settle problems.

Phuc said Vietnam hoped to intensify relations with the Holy See, including the exchange of high-ranking delegations.

Foreign Minister Pham Binh Minh reportedly asked the Holy See to continue instructing the Catholic community in Vietnam, the second biggest of its kind in Asia, to actively engage in national development and protection and comply with the state's policies and laws. 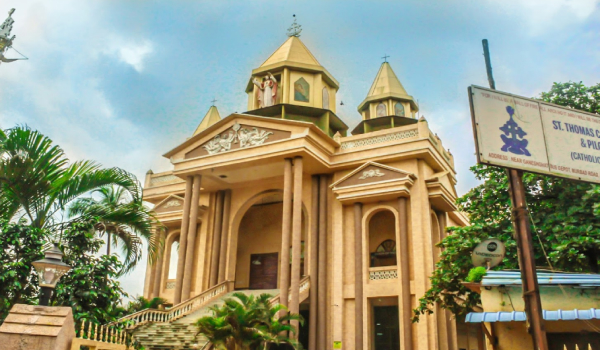