After a Rome-sanctioned bishop agreed to stand aside, the only impediments to an agreement are two bishops with families Bishop Vincent Guo Xijin is reported to have said that he would obey any verifiable request from the Vatican for him to step down. (Photo supplied)

The Vatican appears to have cleared the ecclesiastical decks for a deal with China's ruling Communist Party after one of two bishops at the center of a dispute over the Sino-Vatican agreement was reported to have promised to step down and make way for a bishop appointed by Beijing.

The final hurdle for the Holy See now appears to be recognizing two bishops, appointed by Beijing without Rome's approval, who are widely understood to have familial arrangements including long-term partners and children.

After sacking Bishop Zhuang Jianjian in December, no Vatican-appointed bishops stand in the way of a deal that would see the Holy See give its imprimatur to five bishops appointed by Beijing whose dioceses do not have Vatican appointees in charge of the "underground" church.

The seven so-called illicit bishops, not named by the pope, include Liu Xinhong of Anhui and Lei Shiyin of Leshan, who are both alleged to have girlfriends, as well as Yue Fusheng of Heilongjiang, Ma Yinglin of Kunming and Guo Jincai of Chengde.

None of these "bishops" have any impediments with underground Vatican-approved prelates operating in their dioceses should the Vatican decide to recognize them as part of a deal with Beijing.

Huang Bingzhan of Shantou and Zhan Silu of Mindong are not yet approved by Rome but the removal of the underground bishops in their diocese, Zhuang Jianjian and Vincent Guo Xijin, clears the way for their approval by the Vatican.

Retired Cardinal Joseph Zen Ze-kiun told ucanews.com that five of those seven dioceses have no underground bishops, making it easier for the Holy See to legitimize those illegitimate bishops, but the other two dioceses, Shantou and Mindong, were problematic until Bishop Zhunag was pushed aside and Bishop Guo has now said he would stand aside

"How can such people be recognized by the Vatican?" Cardinal Zen said, referring to Liu and Lei.

Bishop Guo of the Catholic enclave of Mindong in Fujian province said in an interview before an evening Mass held at the "underground" cathedral in a small town that if the Vatican presented him with a verifiably authentic document to request him to step down, he would obey Rome's decision, according to a report in The New York Times.

Multiple attempts to contact Bishop Guo by ucanews.com were unsuccessful. 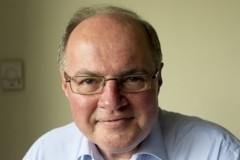 The bishop was reported to have said that they should have a consistent stand to respect the deal made between the Vatican and the Chinese government, and their principle was that the Chinese Catholic Church had to have a connection with the Vatican; the connection could not be severed.

Bishop Guo, 59, is an underground bishop recognized by the Vatican but not the government. Since he was ordained as a bishop, authorities have not accepted his office and have simply treated him as a priest.

In the Holy Week last year, the bishop was detained by the government for a month and asked to write a document stating that he was "volunteering" for demotion. It was said that the document was the condition for him to be recognized by the government.

The bishop this year was asked to make way for government-sanctioned Bishop Zhan Silu, 57, of Mindong, who was ordained without permission from the pope, who approves all bishop appointments in the modern church.

Most Catholics and priests in Mindong are unable to accept this decision, but the underground priests said that "they could not agree with that decision but they would shed tears with hearts bleeding to accept," meaning they would obey the Holy See.

An underground priest who gave his name as John told ucanews.com that he believes Bishop Guo will obey the Holy See's request even if he is dissatisfied.

"And we will persuade believers to obey what Rome decides, but what is certain is that we cannot be cheered by the fact. The church will be scattered in the face of such a cunning agreement that makes us bow to evil," he continued.

Ah Rong, an underground Catholic, told ucanews.com that he believes the Vatican agreement will make China more divided than it is now. "I do not understand why the China Church had to suffer so much but now such a shameless decision is taken," he said.

Many Catholics in China and Hong Kong said the bishops were sacrificed, but Anthony Lam Sui-ki, senior researcher at the Holy Spirit Study Centre of Hong Kong, said it was not right to say that the Holy See would like to sacrifice the underground church, as Cardinal Zen has claimed, most recently when he travelled to Rome in January to press the case with Pope Francis personally to end talks with Beijing.

"It would be totally unacceptable for the Holy See to sacrifice the underground church for the sake of diplomatic relations with China," said Lam, who has closely followed the church in China for over three decades.

"The Holy See does not aim at diplomatic relations with China. The aim is to improve the situation of Catholics regarding religious life in China and to enlarge as far as possible evangelization to all non-believers in China. That is the main aim."