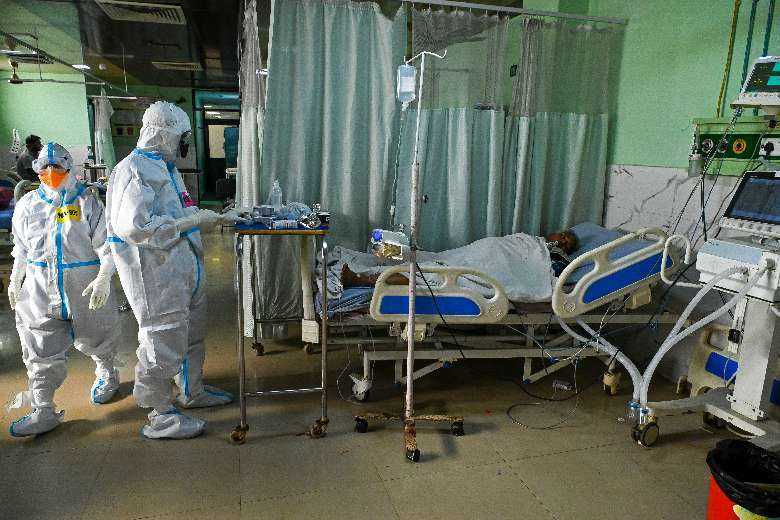 Although sponsored by a church derided by some that it "thinks in terms of centuries," the pace of ideas introduced during just 90 minutes of the Vatican's May 6-8 international health care conference, "Exploring the Mind, Body & Soul -- How Innovation and Novel Delivery Systems Improve Human Health," was breathtaking by any standard.

Speakers listed lessons learned from the coronavirus pandemic and past recent global health crises and offered suggestions on how to lower the cost of lifesaving medications.

Dr. Walter Ricciardi of Italy, president of World Federation of Public Health Associations, described the Covid-19 lockdown in Italy: "For the first time in the modern history, a country of 60 million people was locked down for two months. People, they couldn't believe it." Then, as other European nations saw Covid-19 come after their populations, he said, "they couldn't believe they were going to do the same in their own country."

In Italy alone, Ricciardi said, "this decision saved about 40,000 lives. It was easy to take this decision." However, "whenever summer came, everybody forgot it," he said of the lessons learned.

"He started the foundation to change the antiretroviral market to high-volume, lower prince dynamics" instead of the opposite, which was the prevailing practice at the time, she added.

When people have access to medicine that will change their life, people will take them

Clinton said if Covid-19 vaccines are available, "how do we know people will line up to take them? We know because we've been to this dance before. We have an urgent, urgent need for the largest public-private partnerships that we've ever seen across the globe to rapidly scale vaccine manufacturing and distribution around the world. It's inexcusable that we already aren't doing this."

"When people have access to medicine that will change their life, people will take them. People want to see their children and their grandchildren," she said.

Both Ricciardi and Dr. Paul Farmer, cofounder and chief strategist of Partners In Health, said if they were designing a health care system from the ground up, it would include universal coverage without a fee-for-service system.

"It would have a safety net that was unstinting and would not leave people out. It would focus on the burden of disease," said Farmer, who has worked in Sierra Leone and Haiti. "There is a Rwandan way of doing that. There could certainly be an American way of doing that." He added: "We can never leave out the elderly, the frail, the infirm, the injured. I've seen that too many times."

"Considering this as a public good, we have to convince politicians to invest in health care. Not thinking of it as a cost, but as an investment," Ricciardi said.

"We need to have enough idiosyncrasy in our system to recognize those inequities in our system and obliterate them," Clinton said. But in designing such a system, she added: "You can't not focus on the health care workforce. We desperately need more trained doctors and nurses" and other health care workers and institutions.

In a separate session, "Quelling the Quandary of Drug and Therapy Affordability for Chronic Disease," panelists suggested approaches to cut down on drug costs.

"We found many patterns of abuse" with drugs even in the public domain, said Dan Lilienquist, chief strategy officer of Utah-based Intermountain Health Care.

Shelley Lyford, president and CEO of the Gary and Mary West Foundation, said U.S. health care is the world's most expensive, with $420 million shelled out each hour,  "a number that is increasing."

She suggested three changes to current policy. Her foundation is supporting a generic drug maker to lower prices and assure supply. She also said the United States should give itself the ability to negotiate prices with drug makers, citing one study that indicated 112,000 Medicare beneficiaries die each year "because they cannot afford to adhere to their drug therapy." Lyford also proposed "value-based care" in which prices are linked to outcomes.

Dr. Aaron Kowalski, president of the Juvenile Diabetes Research Foundation, noted 2021 marks the 100th anniversary of insulin treatment for diabetes, but likewise noted its price has surged in recent years.

He, too, blasted the ban on the U.S. government to negotiate pharmaceutical prices. "I know of no other industry where we've allow the drug industry to get a back door into the federal treasury," Kowalski said.

"Nine in 10 Americans are fearful the pharmaceutical drug industry will use the COVID crisis to raise drug prices," Lyford said. "Even in a pandemic we found people are avoiding care because of the essential cost," she added, with 46% doing so.

"We've never said drug companies can't make a profit," Kowalski said. "We can have profitable insulin in the United States, but we need a competitive market." This will become even more needed, he added, "as people become more dependent on high-deductible plans."

"What we've seen during COVID-19 has been astoundingly good. We're vaccinating people with vaccines that have been developed so quickly, it is truly astounding," Lilienquist said.

"What I find so fascinating about COVID-19, this new model, is you give a predictable return to the manufacturer. Oftentimes it's like a game of Hungry Hippos -- you have limited time to get as many marbles as you can."

"If you can spread out the return expectations over a reasonable period of time," he added, "that's a very, very attractive model."

The conference also named Emmanuel "Manny" Ohonme, a Nigerian-born American, the winner of a "Pontifical Hero Award for Inspiration." Ohonme founded Samaritan's Feet, a charity which has to date distributed 8 million pairs of sneakers to children who would otherwise have gone shoeless.

After first getting donations of sneakers from some of the world's top sneaker companies, Ohonme helped design and manufacture the "World Shoe," which contains antibacterial content to stop foot disease in kids who often go without shoes.