Bilateral commission's work to renew agreement on the appointment of bishops is moving slowly, he says 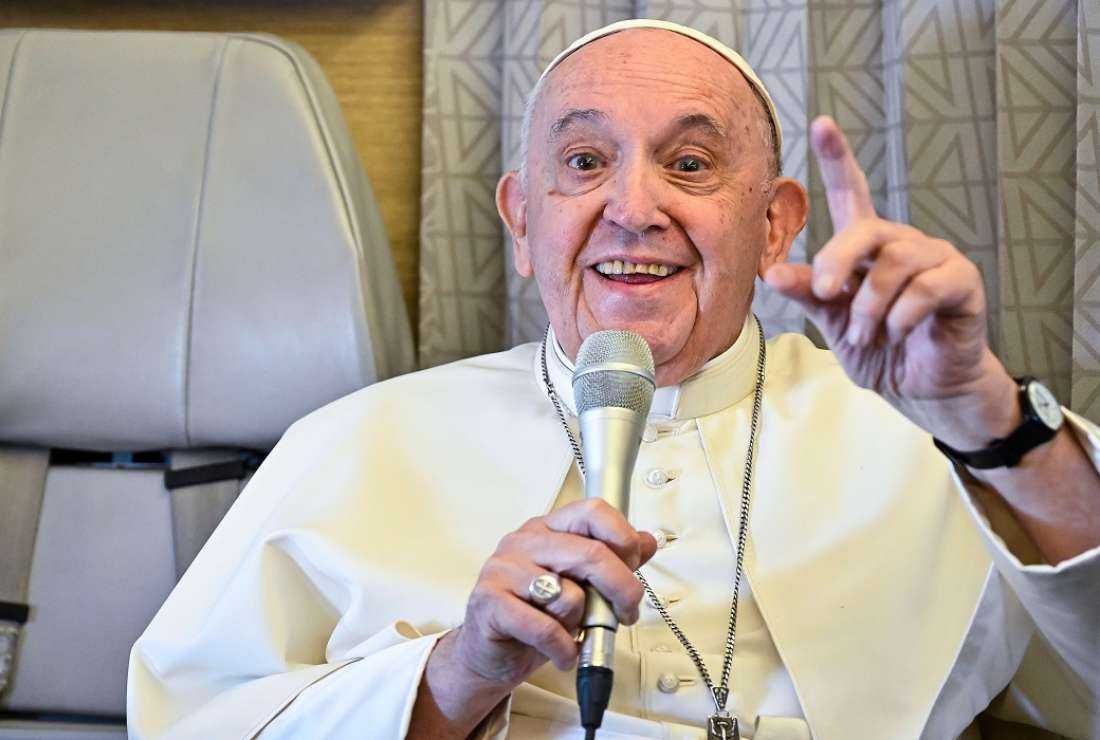 Pope Francis speaks aboard the plane flying from Nur-Sultan to Rome following his three-day visit to Kazakhstan on Sept 15. (Photo: AFP)

A Vatican-China bilateral commission is continuing dialogue with China, Pope Francis said while speaking about the possible renewal of an agreement on the appointment of bishops in the communist country.

"There is a Vatican-China bilateral commission, which is slowly moving forward. Because the Chinese pace is slow," Pope told journalists on Sept 16 while flying back to the Vatican after a three-day trip to Kazakhstan.

The two-year agreement, first signed in September 1998 on an experimental basis, was renewed for another two years in October 2020 and expires in the next month.

The deal, the content of which has not been published, reportedly allows the Vatican to approve or reject bishops selected by the communist regime.

"It takes a century to understand China,” Pope Francis told journalists on board his flight in response to a question about the commission’s slow progress.

"They have an eternity to advance. They are a people of infinite patience," he said adding that the path to mutual understanding involves discussions with Beijing.

It will lead to the complete demolition of the underground Church"

"It is not easy to understand the Chinese mentality, but it must be respected," he said.

Vatican officials — primarily from the Secretariat of State and the Dicastery for the Evangelization of Peoples — visited China between Aug 28 and Sept 2, according to a report in the Italian newspaper Avvenire.

They met Bishop Melchior Hongzhen Shi, a 92-year-old member of the underground Church, ordained without the approval of Beijing.

The Vatican is pushing for the unification of the Church in China, amalgamating the underground and the state-controlled Church, a move resisted by underground Church leaders and its supporters like retired Cardinal Joseph Zen Ze-kiun of Hong Kong.

With the Vatican-China agreement, the Vatican encourages the underground Church’s clergy and laity to join the mainstream Catholic Church.

Cardinal Zen, who often speaks out against Beijing’s rights violations in Hong Kong and China is scheduled to appear in a Hong Kong court on Sept. 19, for being part of a trust accused of illegally funding the medical and legal expenses of pro-democracy activists in Hong Kong.

When asked about Cardinal Zen, Pope Francis cautiously acknowledged that the 90-year-old Salesian prelate was to appear in court this week.

The cardinal was arrested in Hong Kong by the Chinese regime in May and released shortly after following a global outcry.

"Cardinal Zen is an elder who is going to be tried these days, isn't he?... He says what he feels, knowing that in China there are limitations [to religious freedom]," the pope said without further comment.

Vatican watchers say the pope’s reluctance to speak out against the harassment of Cardinal Zen and rights violations in Hong Kong and China is so as not to jeopardize the prospect of establishing a working relationship with China.