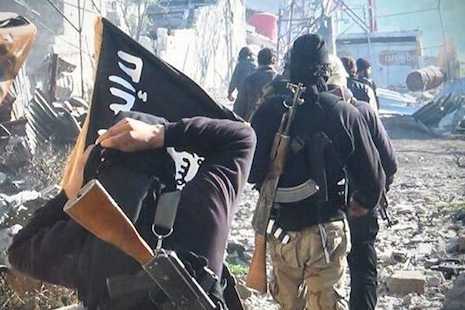 By Jesus Colina for Aleteia

The degeneration of the turmoil afflicting Iraq has led Pope Francis and his staff to an unprecedented move that marks a new qualitative leap in relations between the Holy See and representatives of Islam.

The Pontifical Council for Interreligious Dialogue, the Vatican department responsible for maintaining relations with Islam and other non-Christian faiths, just published a statement demanding "a clear and courageous stand by religious leaders, including Muslims." That Pontifical Council, led by the former "minister" of Foreign Affairs under Pope St. John Paul II, the French Cardinal Jean-Louis Tauran, has been extremely careful in recent years to avoid offending the sensibilities of Islamic religious leaders.

Cardinal Tauran, who was appointed by Pope Benedict XVI for that office in 2007 after the huge crisis created by interpretations of his speech at the German University of Regensburg, now uses a language that is totally unusual in the Vatican (Cf. Statement of Pontifical Council for Interreligious Dialogue, August 12, 2014). The document is part of the campaign that Pope Francis is leading to confront the atrocities committed against Christians, Yazidi communities and other minorities by the self-styled Islamic State of Iraq and the Levant (ISIL, or ISIS).  In addition, the Vatican has just published the Pope's letter to Ban Ki-moon, Secretary General of the United Nations to demand an immediate reaction from the international community and UN agencies to prevent the humanitarian catastrophe taking place in the north of Iraq. As this article was published, Cardinal Fernando Filoni was packing to travel to Iraq to bring Pope Francis' personal closeness to the people, along with all the knowledge of the country that he accumulated as a nuncio for John Paul II, since he was one of the few diplomats who did not leave the country during the Second War Gulf in 2003. The Vatican letter sent by the Pontifical Council for Interreligious Dialogue calls on Muslim religious leaders to condemn "the execrable practice of beheading, crucifixion and hanging corpses in public places." It also requires that they oppose the choice that the Islamic State is placing before Christians and Yazidis: "Conversion to Islam, payment of a tax (jizya), or exodus."  It calls for a reaction from Islamic religious leaders against "the abduction of girls and women from the Yazidis and Christian communities as war booty," "the imposition of the barbaric practice of infibulation," and "the destruction of Christian and Muslim places of worship and mausoleums." "No cause can justify such barbarism, much less a religious one," explains the Vatican. This is an extremely serious offense against humanity and God, who is the Creator," the Pontifical Council says, explicitly quoting Pope Francis.

The Vatican concludes with a question: if religious leaders, including Muslims, do not have the ability to unambiguously denounce these crimes, "what credibility will religions, their followers, and their leaders have? What credibility can remain in the interreligious dialogue that has been so patiently pursued in recent years?" The dialogue between Islam and the Catholic Church just took a qualitative leap, based on the truth, stated without mincing words. There will be changes. Let's see what happens next.