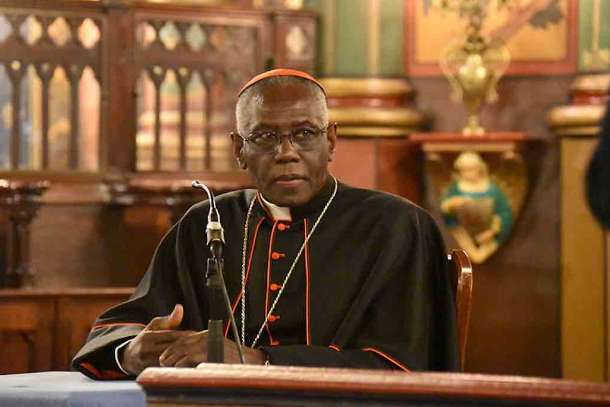 Cardinal Robert Sarah, Prefect of the Vatican’s Congregation for Divine Worship, wants Catholic communities to end online liturgy and return to churches for Mass as soon as anti-Covid-19 measures permit.

The Guinean cardinal wrote a letter to bishops worldwide, asking them to make sure not to reduce liturgies to “recreational activities.” The Christian life cannot be taken forward without the Mass, said the cardinal’s letter, sent to the bishops last week.
Subscribe to your daily free newsletter from UCA News
Thank you. You are now signed up to Daily newsletter
The 72-year-old cardinal is often considered a conservative in the Church. He titled the letter, “Let us return to the Eucharist with Joy.”The letter, approved by Pope Francis, noted that the though Church should side with governments on Covid-19 protocols, “liturgical norms are not matters on which civil authorities can legislate, but only the competent ecclesiastical authorities.”“We cannot be without the banquet of the Eucharist, the table of the Lord to which we are invited as sons and daughters, brothers and sisters to receive the Risen Christ himself, present in body, blood, soul, and divinity in that Bread of Heaven, which sustains us in the joys and labors of this earthly pilgrimage.”Though the cardinal admitted that streamed and televised Masses “had performed a great service...at a time when there was no possibility of community celebration, no broadcast is comparable to personal communication or can replace it.”“On the contrary, these broadcasts alone risk distancing us from a personal and intimate encounter with the incarnate God who gave himself to us, not in a virtual way.”“This physical contact with the Lord is vital, indispensable, irreplaceable,” Sarah said.Following Pope Francis’s example, many bishops closed liturgical gathering and switched them over to online since the pandemic broke out in March. The pope live-streamed his daily Masses from his Casa Santa Marta residence at the Vatican.
Related News 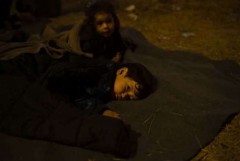 The cardinal indirectly addressed the ban on the reception of Holy Communion on the tongue due to the pandemic.In times of difficulties such as wars or pandemics, Bishops and Episcopal Conferences can give provisional norms. But these measures expire when the situation returns to normal, the cardinal said.
Support our Catholic journalism with a contribution of any size
Your contribution will help the Catholic journalists and editors in UCA News to report news, features, commentaries, video stories and podcasts on issues affecting the lives of millions of Catholics around the world.
Here is a gift of two valuable books as a token of appreciation to you.
Check your mailbox for links to these PDF/e-Books.