Cardinal Joseph Zen has taken his long-standing criticism of the Vatican-China deal to the United States. (Photo: AFP)

Share this article :
The foreign ministers of the Vatican and China have met to reaffirm the willingness of both sides to continue executing the September 2018 provisional deal on the appointment of bishops in what was the highest-level meeting between the two states for 70 years. The meeting between Vatican Secretary for Relations with States Archbishop Paul Gallagher and Chinese Foreign Minister and State Counselor Wang Yi at the annual Munich Security Conference in Germany came after a lengthy break in any clear progress on the deal and amid rising criticism from many quarters of the Catholic Church. The meeting was made public via a communiqué of the Holy See's Secretariat of State on Feb. 14. It related that the two parties held a discussion that “took place in a cordial atmosphere.” They discussed the contacts that have taken place between the states “which have developed positively over time,” Vatican News quoted the communiqué as saying. The release added that the two sides had renewed their “willingness to continue the institutional dialogue at the bilateral level to promote the life of the Catholic Church and the good of the Chinese people.” The parties expressed “a desire for greater international cooperation” to foster peace in the world and “considerations on intercultural dialogue and human rights were exchanged.”
Related News 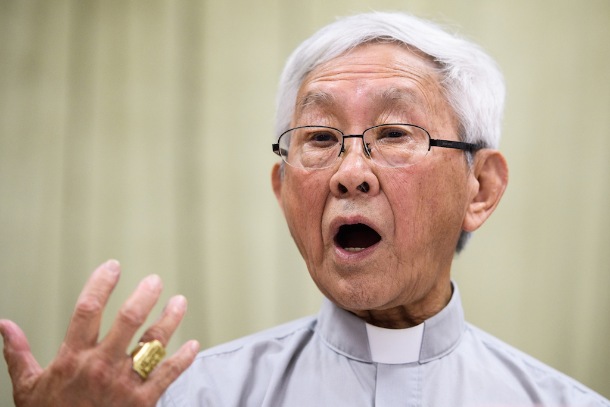 The still-secret landmark deal between Rome and Beijing has, according to leading critic Hong Kong Cardinal Joseph Zen, seen the Vatican “give everything and get nothing.” Despite Pope Francis lifting the excommunications of seven living bishops and one deceased bishop who were ordained without permission from the Holy See, authorities in Beijing have only given their seal of approval to three of about 20 bishops — who had been approved by the Vatican but were operating in the so-called underground church — to join the Communist Party-run Chinese Catholic Patriotic Association (CCPA). It is six months since the CCPA accepted any more bishops. Although UCA News understands there are ongoing discussions between the two sides about the acceptance of as many as seven more bishops, the ongoing COVID-19 epidemic has slowed everything in China. Religious repression Critics of the deal have also highlighted increased religious repression in China in recent years and since the deal’s signing, particularly directed at the unofficial church. Minors have been banned from Mass and attending Bible classes, while obscure property laws have been strictly enforced to shutter and ever tear down churches. Cardinal Zen has taken his long-standing criticism of the deal to the United States over the past week, making a surprise appearance at Congress on Feb. 12, meeting with House of Representatives Speaker Nancy Pelosi in New York at the weekend, and giving a string of interviews where he targeted Vatican Secretary of State Cardinal Petro Parolin. Cardinal Zen was in the US after he was selected as the 2019 winner of the Washington-based Wei Jingsheng Foundation’s Wei Jingsheng Chinese Democracy Champion Prize in December. He has always supported the Hong Kong democratic movement and strongly opposed communist interference in missionary activities and religious freedom, the foundation said. “He has not only spoken out against the erosion of civil liberties in Hong Kong over the years but has also supported its people in fighting for genuine universal suffrage,” it added. “I am ashamed that I have never paid a heavy price” to fight for democracy like others have, Cardinal Zen said on Twitter in response to the prize, adding that he is encouraged that the foundation “actually praises and encourages countless people to persevere in mainland China and Hong Kong, sacrificing everything for democracy. Warriors.” He noted that many Chinese have “shed blood” for democracy, insisting that this has not been in vain. Rather, “the blood of the martyrs is the seed of the faithful,” he said, insisting that this seed has “sprouted.” “I am convinced that the small tree of freedom and democracy is about to bear fruit, and God’s help will not be delayed any longer. Let us Chinese children scattered all over the world persist in resistance, pray persistently and hope that freedom and democracy will last forever, and that God’s children will be able to build a new heaven and new earth with dignity,” he said. Last November, while he was traveling home from Japan, Pope Francis told reporters on the papal plane that he loved the Chinese people and wanted the opportunity to visit the country. The meeting between Cardinal Gallagher and Wang Yi also touched on the COVID-19 epidemic that has caused authorities in China to lock down much of the country. Appreciation was expressed for the efforts being made to eradicate the coronavirus epidemic as well as solidarity with the affected population, the communiqué reported. Vatican News reported that Pope Francis prayed for all those affected by the virus in his general audience on Feb. 12. He expressed his closeness to the Chinese people and invited the faithful “to pray for our Chinese brothers and sisters” who are affected by the “cruel” coronavirus epidemic. The pope then expressed the hope that all affected by the illness might "find a path to recovery as soon as possible."