Analysis: By failing to be more tolerant, Chinese officials fomented 'chaos' in Xinjiang 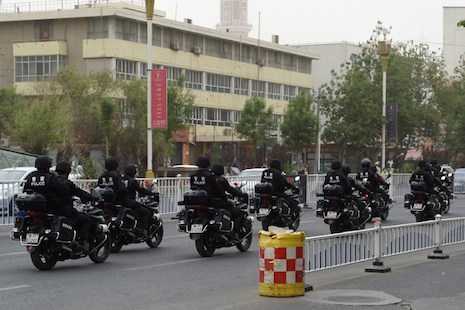 In 2011, when high-level Chinese officials asked Uyghur scholar Ilham Tohti to write an assessment of recent troubles in restive Xinjiang, there was every reason to believe Beijing might listen.

As the Communist Party looked for answers to quell future unrest, moderate professor Tohti was among few Uyghurs with a direct line to the highest echelons of Chinese power.

But the government never listened to his surprisingly accurate and thoughtful warnings of “chaos” in Xinjiang, according to translations released over the past week and authenticated by ChinaChange.org.

The consequences have been dire. In October 2013, Tohti completed first-draft revisions of his assessment and recommendations for changes to repressive policies in Xinjiang. Four months later, in January of last year, he disappeared.

By the time Tohti faced trial and was sentenced to life in prison on separatism charges in September, a series of attacks by Muslim Uyghur separatists meant China was facing its bloodiest year in modern memory.

Overall, at least 500 people died in 2014 from attacks including one on the Kunming railway station last March. Tohti’s grim predictions for Xinjiang had sadly proven accurate.

“If the government does not change its thinking and tactics with respect to religious issues, I fear that religion will become the single biggest cause of ethnic strife and social discord in Xinjiang,” he wrote.

Other sections of his 24,000-word report paint a damning and illuminating picture of a region that has become increasingly shut off to the outside world by authorities as violence has escalated.

Tohti details the strict quotas on people entering each of Xinjiang’s roughly 24,000 mosques, black market trade in the Qur’an — pirated Uyghur-language copies sell for up to 80 yuan (about US$12) — and a lurch towards extremism.

By enacting increasingly strict requirements on Islamic dress, he wrote, authorities are only serving to turn ordinary Muslims into extremists, both in the way the government recognizes them and because of resulting resentment.

Since Tohti was imprisoned, Beijing has added a ban on burqas to the growing list of attire deemed illegal in Xinjiang.

“During religious services at mosques, it is not uncommon to see young people praying silently, with tears streaming down their faces. This is a social signal worthy of our close attention,” wrote Tohti.

He recommended that China allow imports of religious texts so that the trade is not pushed underground, the development of religious academia to international standards and a more transparent, less bureaucratic hajj registration process. Still most Uyghurs complain they will never get a chance to visit Mecca.

As the government in Beijing continues to blame violence in Xinjiang on religious extremism without looking at the causes, almost none of Tohti’s recommendations have been enacted.

Although the Xinjiang Islamic Institute announced a $48-million expansion plan last month, when completed in 2017 it will still only be able to train 1,000 students, or roughly one new religious leader each year for every 24 mosques in the region. It is the only official school for religious leaders in Xinjiang, a region where the vast majority of religious figures have no education beyond primary level.

What Tohti rightly urges overall is a lighter, more understanding touch from Beijing instead of the knee-jerk crackdown later shown by President Xi Jinping’s recent “strike-hard” campaign in Xinjiang.

In its defense, China has denied religious persecution, calling on hypocritical Western governments to stop interfering in its internal affairs. By implication, Beijing is rightly referring to the unsavory records of countries like the US, UK and Australia who have all enacted violent repression on ethnic minorities in recent centuries, both at home and in their current and former colonies.

But Chinese need only revert to the man who founded the People’s Republic as a guide for how to better manage still simmering ethnic tensions.

Chairman Mao’s famous speech in 1953 repeatedly warned of the dangers of “Han chauvinism” in China’s treatment of minorities four years after the Communists took power.

Sixty years later, Tohti’s sentiments were almost identical, and similarly ignored. If China is ever going to quell the cycle of uprisings and violence in its ethnic minority regions, surely Beijing needs to finally listen.