The Supreme Court of the Philippines. (Photo supplied)

The Philippine constitution says Filipinos are a sovereign people tasked with building a just and humane society.

Quoting its preamble is more melodramatic. It says: “We, the sovereign Filipino people, imploring the aid of almighty God, in order to build a just and humane society, and establish a government that shall embody our ideals and aspirations, promote the common good, conserve and develop our patrimony, and secure to ourselves and our posterity, the blessings of independence and democracy under the rule of law and a regime of truth, justice, freedom, love, equality and peace, do ordain and promulgate this constitution.”

Constitutions are important because they are proof of a nation’s freedom and capacity to govern its people as a state. It is also in the constitution where civil liberties are protected under the Bill of Rights.

It was clear to him that one clear purpose of the constitution was the protection of its citizens’ rights from the power and machinery of the state.

The government can be as brutal and abusive as the leaders that run it. Thus, the constitution sets borders and maintains the balance of power, including checks and balances to preserve a nation’s survival.

The Philippines has had four previous constitutions: the 1899 Malolos Constitution as well as the 1935, 1943 and 1973 charters. All gave the president absolute powers in the decision-making process.

For example, the Malolos Constitution was the first after the country’s liberation from Spain. It allowed unhampered executive or presidential freedom of action during wartime.

The 1973 constitution, dubbed the “Marcos constitution,” paved the way for the late strongman’s declaration of martial law, including his power to dissolve Congress — the representative of the people.

The present constitution is supposed to safeguard civil liberties from human rights abuses. 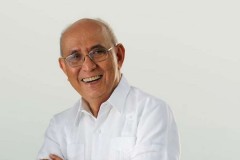 Architects of the present constitution, like Father Bernas, were a witness to how a government could use force and military might to deprive its people of life, liberty and property.

Now, many people feel this constitution is under attack. And there are reasonable grounds to believe so.

President Rodrigo Duterte’s alleged mass killings in his war on illegal drugs have reached the International Criminal Court (ICC), which has requested judicial authorization to proceed with an investigation.

ICC prosecutor Fatou Bensouda said there was a reasonable basis to believe Duterte had committed a crime against humanity for the alleged murder of 30,000 people in his drug war since becoming president in July 2016.

What happened to the constitution that is supposed to guarantee the rights of its people?

The preamble says the Philippine state is a sovereign state that builds a just and humane society … under the rule of law.

The constitution must forever remain supreme. All must bow to the mandate of this law

Sovereignty — freedom from external control — is not meant to forward the interests of the few at the expense of others. It is not meant to kill without trial. Neither is it used to silence dissenters or critics of government policies. Sovereignty is not a concept to justify the means to achieve the end.

“The constitution must forever remain supreme. All must bow to the mandate of this law. Expediency must not be allowed to sap its strength, nor greed for power debase its rectitude,” said the Philippine Supreme Court.

Father Bernas described the constitution as a “living” constitution. It is more than a piece of paper.

The Philippine constitution is living because it continues to be the measuring stick of every law and every policy of the state.

The constitution does not only provide the powers of government but also sets out the limits of a government fundamentally to prevent arbitrary execution of laws and punishment.