Theology of the Body Institute's conference to focus on St. Joseph, vocations and a track with 24 Spanish speakers 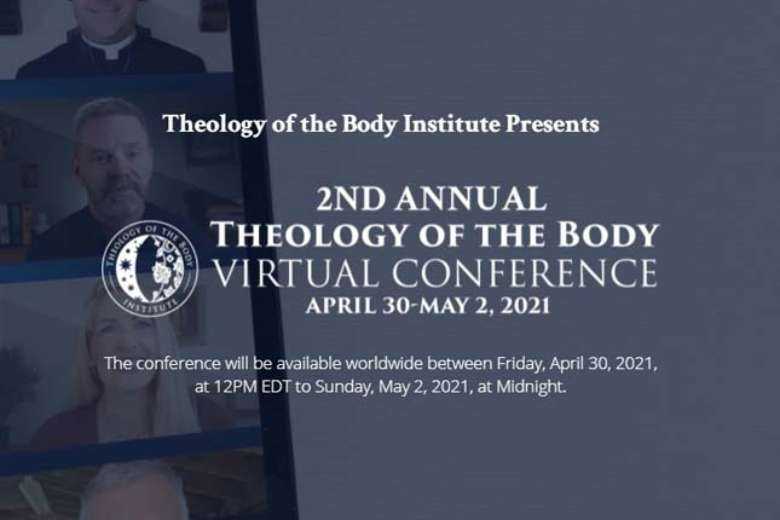 Last year's conference of the Theology of the Body Institute in the US was an unexpected success, attracting more than 70,000 online registrants.

"There was a perfect storm last year with COVID and the lockdown, and everyone was home and interested in online formation," said Christopher West, who co-founded the institute near Philadelphia in 2004.

This year's conference, from April 30 to May 2, isn't expected to reach that number, although West thought registration should reach at least half of last year's total. There are 80 speakers with presentations averaging 30 minutes. The conference runs in three tracks: one with reflections on St. Joseph; a religious track focusing on vocations, and a track with 24 Spanish speakers.

Theology of the body, an analysis of sexuality linking romantic love to Jesus' sacrificial love, was the topic of 129 lectures given by St. John Paul II between 1979 and 1984.

It has spawned a number of books but even at that, it not considered the easiest subject to teach.

That's why in 2014, Jesuit Father Sean Salai, who often writes about theology, wrote in America magazine that this collection of the pope's lectures is "a notoriously difficult book," and "not easily translatable into terms which are meaningful for youths today."

When I first discovered his teaching, I felt I had discovered a cure for the world's cancer

Father Salai said the main idea of the lectures what that "God intends for sex to express the mutual self-giving of a man and woman joined in marriage. "

"I'd say it's a process of trial and error to find out what works," said West, who has been lecturing and writing about theology of the body since 1994. He said he has personally found St. John Paul II's approach "phenomenal" in its capacity of "connecting truth with experience."

"When I first discovered his teaching, I felt I had discovered a cure for the world's cancer," West added. "I get to invite hungry people to a banquet, that's what I do," he told Catholic News Service.

Many conference speakers focusing on these lectures of St. John Paul II will describe changes in their own lives and their spiritual journeys.

Marian Father Donald Calloway, whose topic is the fatherhood of St. Joseph, will discuss the importance of strong fathers. He said he came from a broken home and suffered as a result. He began praying to St. Joseph "to restore my broken manhood, and he did, and still does."

Pauline Sister Helena Burns, from Boston, who writes a blog called "Hell Burns," is speaking on "bridal identity" in the religious track.

"It's really for everyone, since we are the church, the bride of Christ," she said.

West says he found that St. John Paul II's teaching explains that sexuality "is not an aspect of the person," but rather about the significance of being created male and female. He likens the teaching to a biblical anthropology or "an in-depth study of what it means to be human."

"We live in a world that demands, in law, that you refer to everyone without reference to his or her body," West said, adding that there is so much talk about identity in the modern world, "and we are quickly becoming a culture of no bodies."