State Department 'shocked, saddened and outraged' by the murder of an American citizen 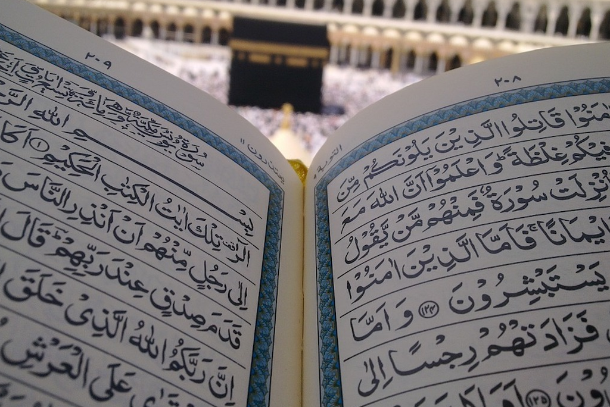 Insulting the Quran or the Prophet Muhammad are subject to heavy penalties under Pakistan's blasphemy laws. (Photo: Pixabay)

The United States has urged Pakistan to amend its blasphemy laws after an American citizen was killed inside a courtroom in Peshawar on July 29.

Tahir Ahmed Naseem was shot dead in Peshawar district court where he was due to attend a hearing on charges of blasphemy.

Naseem was a former member of Pakistan’s minority Ahmadi group, which has been constitutionally declared to be non-Muslims.

The gunman told local media that he was ordered by Prophet Muhammad in his dreams to kill Naseem because he was an Ahmadi.

“We are shocked, saddened and outraged that American citizen Tahir Naseem was killed yesterday inside a Pakistani courtroom,” Cale Brown, a deputy spokesman in the US State Department, said in a statement on July 30.

The statement said that Naseem had been lured to Pakistan from his home in Illinois by individuals who then used Pakistan’s blasphemy laws to entrap him.

“The US government has been providing consular assistance to Mr. Naseem and his family since his detention in 2018 and has called the attention of senior Pakistani officials to his case to prevent the type of shameful tragedy that eventually occurred,” he said.

“We grieve with the family of Mr. Naseem. We urge Pakistan to immediately reform its often abused blasphemy laws and its court system, which allows such abuses to occur, and to ensure that the suspect is prosecuted to the full extent of the law.”

“The murder of Tahir Ahmed, who is reported to have a mental disability, in the Peshawar Sessions Court is yet another example of how Pakistan’s blasphemy laws embolden vigilantes to threaten or kill the accused,” its South Asia chapter said.

“We reiterate our longstanding call to the Pakistan government to repeal the draconian blasphemy laws that repeatedly enable abuse.”

Blasphemy is a very sensitive issue in ultra-conservative Pakistan where mere allegations can be treated as guilt by fanatics.

Catholic minister Shehbaz Bhatti and liberal governor Salman Taseer were both assassinated in 2011 for seeking reforms in the blasphemy laws. The two had spoken out about the misuse of the laws after Asia Bibi, a Catholic mother of five, was sentenced to death for insulting the Prophet Muhammad during an altercation with Muslim farm workers.

Bibi was acquitted by the Supreme Court in 2019 after being on death row for nearly 10 years.