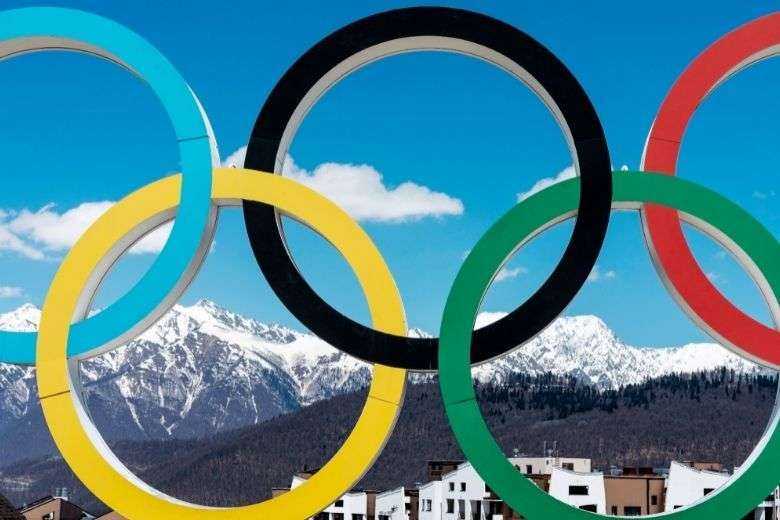 A US congressional panel has weighed the possibility of a boycott of the 2022 Winter Olympics in Beijing to call attention to China's long-standing human rights abuses.

Another tactic discussed was to find an alternate site to host the Winter Games. Sites floated included Salt Lake City; Vancouver, British Columbia; and Lake Placid, New York -- the sites of the 2002, 2010 and 1980 Winter Games respectively.

Both the Trump and Biden administrations have labeled China's treatment of ethnic Uyghurs a genocide.

In his opening remarks, Rep. Chris Smith, R-N.J., the Lantos commission's other co-chair, who ran the hearing, urged the International Olympic Committee "and all interested parties including the United States to find a new host city or boycott" the Games in order to be "in solidarity with the oppressed and not the oppressor, in solidarity with the victims and not the victimizer."

"In granting Beijing host status for the Olympic Game, we are crowning a barbarous regime with laurels while we should be condemning their abuse and genocide. ... Don't enable or sponsor the 'Genocide Olympics,'" said Smith, who planned the hearing to specifically push for either moving the venue from Beijing to some other city or boycott the Games.

"Big business wants to make lots of money, and it doesn't seem to matter what cruelty -- even genocide -- that the host nation commits," added Smith, who said he would invite U.S.-based Winter Olympics sponsors to testify at a future hearing. U.S. sponsors to date are Snickers, Airbnb, Coca-Cola, Dow, Intel, Procter & Gamble and Visa.

A representative for General Electric said its Olympic sponsorship will end with the Summer Games in Tokyo, which are to be held July 23-Aug. 8.

"There would be a huge domino effect" if a North American city offered to host the Winter Olympics, said Reggie Littlejohn, president of Women's Rights Without Frontiers and a hearing witness. "This hearing could be the epicenter of that."

One witness, House Speaker Nancy Pelosi, D-Calif., called for a "diplomatic boycott," which would mean participating countries should send only their athletes but no diplomatic delegation that could lend legitimacy to the Games.

Smith later said "a so-called diplomatic boycott is weak and in no way penalizes Xi Jinping and the Chinese Communist Party (CCP) for the heinous crime of genocide."

Pelosi in her testimony also said she has "long since stopped being naive" that China would live up to expectations about improved human rights, dating back to talks in 1993 about China joining the World Trade Organization.

She was the first of several speakers to equate China with Nazi Germany, which hosted the 1936 Olympics in Berlin and gave the Third Reich credibility on the international stage. She noted German strongman Adolf Hitler, in response to Germany's treatment of Jews, is said to have remarked, "Has anyone ever heard of the Armenians?"

Only 33 nations, including the United States, Canada and the Vatican, have declared the mass murder and ethnic cleansing of ethnic Armenians to be a genocide, many not until its centennial neared in 2015.

"We cannot continue to give Beijing a blank check in the hope that their behavior will change," Pelosi said.

Sen. Jeff Merkley, D-Ore., chair of the Congressional-Executive Commission on China, said the commission has "painstakingly documented China's assault on basic human rights, listing Tibetan Buddhists, the Xinjiang Muslim Uyghurs, and most recently assaults in Hong Kong, as well as "increasingly through the coercion of anyone abroad who challenges the Chinese government's party line."

Merkley denounced the International Olympic Committee's "shameful" awarding of the 2022 Winter Games to China. "An event designed to uplift the human spirit," he said, "is being held in a nation that is crushing the human spirit."

"When Nixon went to China," said Rep. Tom Suozzi, D-N.Y., "we thought things would get better by now."

"China committed gross human rights violations in the run-up to the 2008 Summer Olympics in Beijing," said Yang Jianli, founder and president of Citizen Power Initiatives for China. In 2015, the IOC was given new human rights assurances before awarding the 2022 Winter Olympics to Beijing.

"In other words, it's 2008 all over again, Actually, much, much worse," Yang said. "Genocide is the antithesis of the development of humankind."

These include the "development of a new megacity in China" -- Zhangjiakou, 125 miles from Beijing, which will host some sports -- "stimulate the national spirit and to rally the sons and daughters of China at home and abroad to rejuvenation of the Chinese nation," and to showcase the "alleged advantages of China's national system," Lawrence said.

My brother is tortured and continues to be held in torture

In 2016, "China declared a people's war on its own people, the Uyghurs," including her own brother, said Rayhan Asat, a human rights lawyer and advocate. She said her brother, Ekpar, was guilty of nothing but "excelling while Uyghur."

Ekpar Asat was arrested in 2016 upon his return to China from the United States, where he took part in a State Department-sponsored international visitors program. "My brother is tortured and continues to be held in torture," Rayhan Asat said, adding that his continued torture is "perhaps due to my consistent advocacy over the past years."

But "if the party thinks I will shut up ... they are greatly mistaken," she said, vowing she will be "resilient in the face of genocide."

Witness Samuel Chu, managing director of the Hong Kong Democracy Council, said that as a boy he fantasized of being part of the Chinese ping-pong Olympic team. He added he was grateful when Hong Kong won its first, and only, Olympic gold medal in sailing at the Summer Olympics in Atlanta in 1996, one year before Hong Kong was handed over by the United Kingdom to China.

"The fall of Hong Kong has been swift," Chu said. Now, he added, "the Hong Kong legislative system is stacked with Beijing loyalists." Two years ago, Chu noted, the Chinese Communist Party heard from a delegation of Hong Kong pro-democracy leaders. Today, he said, each member of that delegation is either in prison or in exile.

"All of this has taken place and unfolded in plain sight," Chu said. "No one can claim (they didn't know) before they set foot on Chinese snow next year" for the Olympics. If these abuses can't generate a response, he added, "nothing else will, and shame on us."