US monsignor sacked for failing to monitor priest's access to children 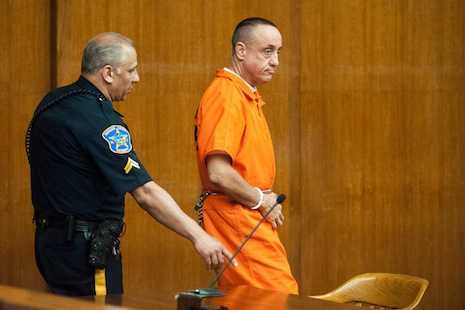 By Marc Santora and Laurie Goodstein

One of the top officials in the Archdiocese of Newark has been forced out for failing to properly monitor the activities of a priest who had been forbidden from having contact with children, the archdiocese announced on Saturday.

The departure of Msgr John E. Doran, who reported to Archbishop John J Myers, is the latest fallout from a sexual abuse scandal that stretches back more than a decade.

In 2003, the Rev Michael Fugee was convicted on charges that he groped a young boy. Although the verdict was later overturned over a judicial error, Father Fugee, to avoid another trial, entered into an agreement with the Bergen County prosecutor’s office that he would enter sex-offender treatment and have no unsupervised contact with children as part of his church duties. Doran was responsible for supervising Fr Fugee, according to court documents.

In April, however, The Star Ledger reported that Fr Fugee had been openly working with children again, hearing their confessions, attending youth retreats and even posting photos of himself with boys on his Facebook page.

After the revelations were made public, the Rev Thomas Triggs, the pastor of the church in Colts Neck, NJ, where Fr Fugee attended youth retreats, resigned under pressure from the bishop of Trenton, David M. O’Connell. (Colts Neck is part of the Diocese of Trenton.)

Yet Archbishop Myers’s office continued to publicly defend its handling of the case until last week, when Fr Fugee was arrested on a charge of violating the agreement with prosecutors.

In a letter to parishioners, a column in The Star Ledger and a video on the archdiocese’s Web site, Archbishop Myers acknowledged that the church leadership had failed. “The investigation uncovered certain operational vulnerabilities in our own systems,” he said. “We found that the strong protocols presently in place were not always observed.”

He did not say what specific protocols had been violated.

“As a result of operational failures, both Monsignor Doran and I felt that the archdiocese would be best served by his stepping down as vicar general,” Archbishop Myers said. “This action clears the way for making more effective changes in our monitoring function.” Father Fugee’s lawyer, Michael D’Alessio, did not return a call seeking comment.