US journalist 'pardoned' before being deported from Myanmar A sign in support of US journalist Danny Fenster reads 'Welcome home!' after he was freed and on his way home after spending nearly six months in jail in military-ruled Myanmar. (Photo: AFP)

US journalist Danny Fenster was "pardoned" before being deported from Myanmar where he had been sentenced to 11 years in jail and was to face further terror and sedition charges, the junta said.

Fenster was pardoned before his release on humanitarian grounds following negotiations with former US top diplomat Bill Richardson and two Japanese envoys, the junta's information team said in a Nov. 15 statement.

Photos released by the information team showed Fenster, flanked by two Myanmar military officials, signing a document in capital Naypyidaw, where he later boarded a flight to leave the country.

The United States welcomed his release, saying he had been "wrongfully detained."

"We are glad that Danny will soon be reunited with his family as we continue to call for the release of others who remain unjustly imprisoned in Burma," US Secretary of State Antony Blinken said, using Myanmar's former name.

Fenster, who spent 176 days in detention, was sentenced to 11 years in prison last week for encouraging dissent against the military, unlawful association and breaching immigration laws.

It is also important at this moment to remember the many Myanmar journalists who have been unjustly detained, who must also be released

The 37-year-old was due to go on trial on Nov. 16 on charges of terrorism and sedition, which could have seen him jailed for life.

"It's wonderful news for all of his friends and family," Andrew Nachemson, his colleague at Frontier Myanmar, told AFP.

"But of course he never should have spent six months in jail ... and all the local journalists who remain imprisoned should also be released immediately." 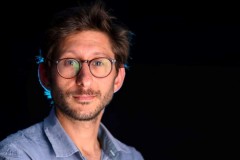 US journalist detained in Myanmar released 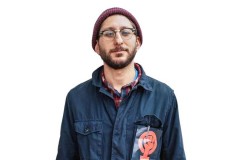 US journalist jailed in Myanmar 'cared a lot about truth'

Richardson said at the time that the US State Department had asked him not to raise Fenster's case during his visit.

"He had done nothing wrong and should never have been put through this hell. It is also important at this moment to remember the many Myanmar journalists who have been unjustly detained, who must also be released."

Myanmar has been in turmoil since the military seized power in a February coup and ousted Aung San Suu Kyi's elected government.

More than 100 journalists have been arrested since the putsch, according to Reporting ASEAN, a monitoring group. It says at least 30 are still in detention.

The coup snuffed out Myanmar's short-lived experiment with democracy, with civilian leader Aung San Suu Kyi now facing a raft of charges in a junta court that could see her jailed for decades.