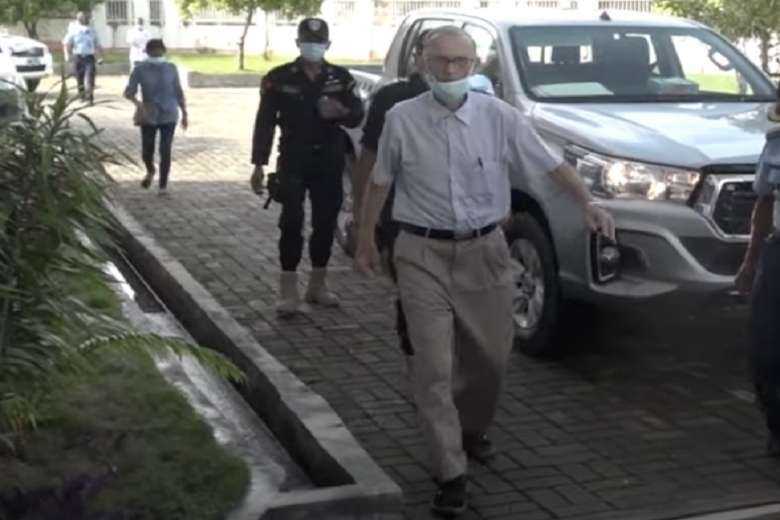 A defrocked American priest on trial in Timor-Leste for allegedly sexually abusing minors is also facing legal proceedings in his home country.

A federal grand jury in Washington, DC, has charged Richard Daschbach, 84, a former Divine Word priest dismissed by the Vatican in 2018, with seven counts of engaging in illicit sexual conduct, according to the US Department of Justice.

If extradited, he could face a maximum penalty of 30 years in prison on each count, the department said in an Aug. 27 statement.

US Assistant Attorney General Kenneth A. Polite Jr. said the indictment “represents a significant step toward accountability for harms suffered by multiple vulnerable children allegedly victimized by this defendant.”

"I'd like to thank the hard-working investigative and prosecution teams for their work today and every day to ensure that child predators face justice and children are kept safe," she said.

Acting Attorney Channing D. Phillips for the District of Columbia said: “This case shows that we will use the full extent of the law to persecute US citizens who allegedly prey on children, no matter how far we must go to bring them to justice.

“Together with our law enforcement partners, we must ensure that people placed in positions of trust do not betray their responsibilities to help the children who depend upon them.”

A source close to the Timor-Leste alleged victims said the US move strengthens their resolve in seeking justice.

“We are relieved to finally see the indictment from the US Department of Justice. This is a signal to the world that Mr. Daschbach’s crimes are serious and that he must be brought to justice," the source said.

“The international community should be closely watching this case because it is the first of its kind in Timor-Leste and we estimate the victims number in the hundreds. We hope the court in Timor-Leste resumes his trial with a continued commitment to integrity and justice.”

Daschbach’s trial in Timor-Leste’s Oecusse district court began in February but was postponed several times with the former priest citing Covid-19 restrictions as an excuse to not appear in court.

He was charged with abusing young girls, possessing child pornography and domestic violence in Topu Honis, a shelter he founded in 1993 in Kutet, Oecusse. He faces up to 20 years in prison in Timor-Leste.

He continues to enjoy support in the Catholic-majority country where many still consider him a hero for helping in the fight for independence from Indonesia.

His supporters have taken to social media to launch attacks on his alleged victims and those who support them, including the public prosecutor and non-government organizations.

Meanwhile, the country’s Catholic Church continues to call on people to back the legal process, asking them to support the alleged victims, stressing that Daschbach confessed to his crimes during a church investigation.

The trial is expected to resume in mid-September.