Boston College is investigating the chairman of its theology department after a former classmate at the University of Notre Dame accused him of sexually assaulting her.

Laura Grimes, a theologian in Detroit, accused Richard Gaillardetz, professor of systematic theology, of sexually assaulting her twice in 1987 while the two were doctoral students at the Indiana school.

The accusations came in two YouTube videos, one posted Jan. 23 and the other Feb. 24. Grimes subsequently posted a series of short videos in which she referenced the purported assaults.

Gaillardetz denied the accusations and voluntarily stepped away from his teaching and administrative duties at Boston College while the investigation continues.

Boston College said in a statement sent March 1 to Catholic News Service that the school "takes any allegation of sexual misconduct with the utmost seriousness, and has hired a law firm to conduct an independent investigation to determine the credibility of allegations raised in the social media posts."

"The university has not received any complaint of sexual misconduct against Professor Gaillardetz during his 10 years at Boston College, nor has the individual making the allegation from 1987 presented any complaint to Boston College," the statement continued. "Professor Gaillardetz has voluntarily agreed to step away from his teaching and administrative duties while the investigation is ongoing."

Grimes, who is an independent Catholic bishop in the Old Catholic Church, described the circumstances related to the alleged assaults in the second video.

She said she decided to come forward more than 33 years after the alleged incidents after she had seen several news reports of Gaillardetz speaking out about clergy sexual abuse in recent years. She said she found his comments difficult to accept given what she claimed to have experienced.

In an interview with The Heights, Boston College's student newspaper, Grimes said she understood her alleged encounters were abusive and that it was time for Boston College to hold him "to account."

"Over the past several years, I've started to see more and more what he did to me was really horrible and was not consensual and realized, 'Oh, I need to speak out about this,'" she said. 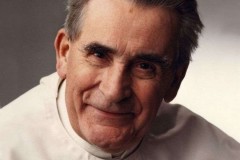 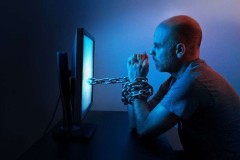