In the United States, the death toll is bound to pass one million sooner rather than later and worldwide six million 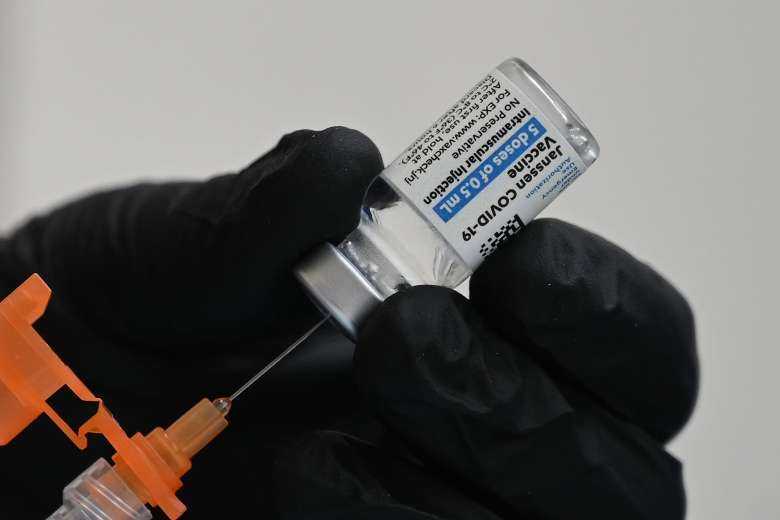 A nurse fills a syringe with Johnson & Johnson's Janssen Covid-19 vaccine at a clinic in Pasadena, California. (Photo: AFP)

Covid-19 cases are now so numerous it makes little sense to wait for a numerical milestone.

In the United States, the death toll is bound to pass one million sooner rather than later — and worldwide six million — perhaps even before the second anniversary of the World Health Organization's pandemic declaration on March 11, 2020.

Despite more than 10 billion vaccine shots having been administered worldwide as of Valentine's Day, not only is the number of deaths still rising, there are many regions of the world where people have not received any shots at all. This inequity is of great concern to key Catholic professionals in the United States.

"It's coming to light that we're facing a shadow pandemic of children who have been catching this," said Leila Nimatallah, a senior policy and legislative specialist for Catholic Relief Services, the US bishops' overseas relief and development agency.

Vaccines have only recently been made available for children ages 5-11, and the federal Centers for Disease Control and Prevention said in mid-February it would look long and hard before approving vaccines for children younger than that.

The "winter wave" of the coronavirus, especially the omicron variant, "shows how easily transmissible this is," said Lucas Swanepoel, director of government relations for the Catholic Health Association, and the longer it takes for people to get vaccinated, the greater opportunity the virus has to mutate.

"Viruses want to mutate. ... They will find new ways," said Mary Beth Powers, president and CEO of the Catholic Medical Mission Board. "The coronavirus will continue to change unless we find a vaccine to protect against all variants."

Scientists at the Walter Reed National Military Medical Center in the Washington suburb of Bethesda, Maryland, are awaiting the results from the first human tests of a "pan-SARS" vaccine.

CMMB, based in New York, works in five of the world's poorest nations. Four are in Africa; the fifth is Haiti. In wealthier nations, Powers said, 63 percent have had at least one vaccine dose. In poorer nations, she added, the rate is barely above 10%. Worldwide, countries with the worst vaccination rates are in sub-Saharan Africa, plus a handful of Asian nations west of India.

McCrabb also serves as convener of the Catholic Cares Coalition, a consortium of more than 60 national Catholic organizations, one of whose goals is to "advocate for the equitable distribution of the vaccine in the US and globally."

Catholic Cares has received two grants to bolster equity in domestic vaccine access. The first, a $100,000 grant from the Conrad Hilton Foundation, was divided into microgrants. One recipient, McCrabb told Catholic News Service, was the Diocese of El Paso, Texas, to get farmworkers vaccinated.

The latest, a $250,000 grant from Kaiser Permanente, targets seven geographic areas in the United States, from the Washington-Baltimore corridor to Hawaii. Kaiser, McCrabb said, is "particularly interested in reaching out to the Latino and the African American community." Microgrants will again serve as the linchpin to provide greater equity to vaccine access, he added.

Despite what is considered wide availability of Covid-19 vaccines in the United States, "the African American community, they've had some special issues" in terms of history and racism, McCrabb said.

"Sometimes people in lower income environments or for work purposes are really reluctant to get the vaccine. If they're working every day, who wants to take a day or two off to get the vaccine and maybe weather whatever comes with it?" he added. "Some people can't afford that time. Or there are transportation issues."

Even with 210 million Americans considering themselves vaccinated, CRS' Nimatallah said, the hospitalization rates are sobering for the unvaccinated.

"We're an older population, so we are more at risk than a younger population" in the United States, McCrabb said.

It's shocking but many hospitals and schools don't have hand-washing stations. That helps the health workers and the public protect themselves as much as possible

If there is anything approximating a saving grace amid so much death and disease, it is that the average age of the population in poor nations is younger than that in wealthier countries. That may be a fact, but it is not an excuse as far as Powers is concerned.

To achieve vaccine equity, "distributing them becomes complicated," she said. "It's just more work. You need a 'cold chain' (some of the vaccines lose their efficacy if not kept cold) and you need a plan, and you need education of the people. We've had issues about misinformation about vaccines in every country in the world, and people are nervous about vaccinations for a variety of reasons."

Moreover, Powers said, "the recipe needs to be shared. There needs to be production in other parts of the world so that the vaccine can get out quickly enough."

In poorer nations, "the first equity question was protecting ourselves," she added. "It's shocking but many hospitals and schools don't have hand-washing stations. That helps the health workers and the public protect themselves as much as possible." But personal protective equipment is in short supply.

"The next equity question was on how the vaccines are distributed," Powers said.

CMMB, she estimates, has distributed 25-30 percent of all Covid-19 vaccines in Haiti, but it's still a meager number, and UNICEF is urging groups such as CMMB to fan out to the countryside. Then there's "the distribution of treatments. There are now effective treatments, but we don't have them. ... We don't have enough test kits around the world, either."

"Successful health outcomes do not appear in a vacuum," said the CHA's Swanepoel, noting the CHA had written the federal CDC asking the agency to consider the principles of Catholic social thought when distributing vaccines.

CHA laid out guidelines for fair and just vaccine distribution, according to Swanepoel: demonstrated safe and ethically tested; scientifically effective; respectful of human dignity; equitably distributed with priority to those at most risk; and emphasis on the principles of solidarity and subsidiarity while involving local communities.

Current challenges he listed include mutations, Covid-19 fatigue, misinformation and divisions, the large number of Americans and other people worldwide who remain unvaccinated, a lack of sufficient vaccines globally, the lack of health care capacity globally, and a greater need for local and community engagement.

"We have a lot of work to do," Swanepoel said, but "we've done a lot of great work so far."