An Afghan woman and her child stand among some 4,000 refugees in January 1994 in Jalalabad after fleeing from Kabul during the civil war in Afghanistan. (Photo: AFP)

Sarwar Hawez is one of eight case managers helping the Afghans who will be resettled in the US city of Nashville after being evacuated out of Kabul, Afghanistan, following the takeover of the country by the Taliban.

He has been a self-sufficiency case manager with Refugee and Immigration Services of Catholic Charities in Nashville Diocese since 2003, and he wouldn't have it any other way.

"I like to be a case manager to see different people, different attitudes, different psychology, different cultures," Hawez said. "Every day I learn new things. I love the job. Even if I work Saturday and Sunday, I don't care."

Catholic Charities' assistance is part of the U.S. State Department’s Afghan Placement Assistance program. Refugees resettled through the program are usually self-sufficient within about six to eight months of arrival.

In addition to his dedication, Hawez brings something else to his job: He understands the experience of arriving Afghans having been a refugee himself in 1997. He and his family were evacuated out of Kurdistan in northern Iraq to Guam and then to Nashville by the World Relief Agency.

As of Oct. 31, 85 of the Afghans scheduled to be resettled in Nashville had arrived, and Hawez currently oversees nine of those cases.

They are critical. They are the first ones to have contact with our clients. They basically set the stage for the interaction between our agency and the people that we serve

That number will only increase in the coming months, because new developments in the program were announced Nov. 9, as the U.S. military and the State Department work to expedite evacuees off military bases by Feb. 15.

With the increase in arrival numbers comes the increased importance of case managers such as Hawez.

The case manager's job is to welcome refugee families to Nashville when they arrive at the airport and to help them with basic needs until they can become self-sufficient. 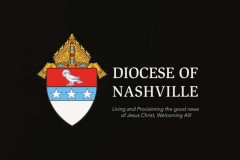 Kellye Branson, director of Refugee and Immigration Services, said the case managers are among the most essential parts of the department.

"They are critical. They are the first ones to have contact with our clients. They basically set the stage for the interaction between our agency and the people that we serve," Branson said. "They are responsible not only for getting people to appointments but for paying attention to any concerns that might be there, either spoken or unspoken."

Case managers "are the eyes and ears of our department," she added.

They see what clients' "needs are, what their fears are" and "respond to those," as well as provide clients with information and answers to their questions, Branson added.

"They let them know what it is going to be like over the next few months, they calm their nerves if they're worried about how they're going to pay for their apartments," she explained.

The case managers also connect refugees to community and other resources they may ask about and "help clients voice their goals and their needs so that we can make that part of the (resettlement) plan, too," she said.

"They're the ones who have their finger on the pulse of the families that we serve," Branson added. "We count on them to come back and let us know what that family needs and then to work to find the resources for them."

Of the connection between his experience and the current situation in Kabul, Hawez said, "History repeated itself."

Saddam ordered that any people who had been working with a foreign agency, specifically with a US office or agency, would be executed

His evacuation came after Saddam Hussein tried to oppress the Kurdish people following the end of the first Gulf War, 1990-1991.

Like many of the Afghans finding a new life in Nashville, Hawez worked with U.S. military forces before becoming a refugee. He worked with the Kurdistan Reconstruction Organization, which met with the Office of U.S. Foreign Disaster Assistance on a weekly basis.

"Saddam ordered that any people who had been working with a foreign agency, specifically with a U.S. office or agency, would be executed," Hawez explained.

But he also recognizes the situation is different for everyone, and the two oppressions are different, which is why he just focuses on the service he provides.

"This issue is complicated because every individual has a different perspective," he said. "I'm just so glad to bring more Afghans to Nashville.

"I like to help refugee people, especially those people who don't speak English as well and need help to adapt and to integrate into this society."

Delays in providing some services, due to bureaucratic changes in how and where refugees apply for benefits, haven't made the resettlement process easy.

Nevertheless, Hawez wants to provide the best service he possibly can to his Afghan clients.

"I'm committed to encouraging them and letting them know they are in a safe place and a good place and a good system, and everything in the future will be good for their family, and they'll have a better life here," Hawez said.

"They have a good opportunity not just for education," he added, "but to get a job and build a really nice life in America."