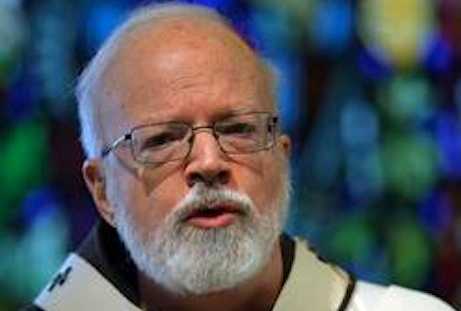 “Someone who is able to teach and communicate well,” Cardinal DiNardo says; a man of “deep faith” who has the capacity “to touch the hearts of young people” and continue the work of the new evangelisation, the Capuchin friar, Sean O’Malley adds.

From their headquarters on the Janiculum Hill, in Rome, not far from the “Bambino Gesù” hospital, American cardinals are busy preparing for the Conclave. If the election of St. Peter’s successor was a team game and the organisation of each team counted, the American Church would definitely win hands down. Not just because their team is second only to Italy in terms of its number of Conclave members (more than a quarter of the Conclave’s members belong to the contentious Italian fleet), but because no other group has brought its Episcopal Conference’s communication team all the way to Rome to assist the platoon of cardinals called to elect the new Pope.

On Thursday evening, after less than an hour had passed since the Pope’s departure for Castel Gandolfo, before the sede vacante period had even started, three American cardinals agreed to answer journalist’s questions on the future Pope’s profile and on how cardinals prepare for the most secret election process in the world.

Apart from DiNardo, Houston and Boston’s O’Malley – a papabile who is growing in popularity – Chicago’s Francis George was also on hand to answer some questions and for once even took journalists’ side: “Unlike last time,” he said referring back to the 2005 Conclave which elected Joseph Ratzinger as Pope, this time the lists of potential Popes that are being circulated, have not just been created out of thin air. “This time we’re saying “oh yes, that’s reasonable”. So you’ve already done our work for us, thank you!”

But how does a cardinal elector prepare for a Conclave? You read up on your fellow cardinal electors a great deal, in books and on the internet, Capuchin Cardinal O’Malley said. Then cardinals ask each other questions and all this information is included in their prayers, so that one or more names can be chosen based on the information received, George added.

“I think all of us have been giving a great deal of thought to this for some time,” Chicago’s archbishop said, “but even before (Benedict XVI’s resignation, Ed.) this we saw people and knew they could be suited to the job. So I imagine each of us has a list of favourite candidates, as well as a list of other second or third favourites and so on…”. These names are repeated in the personal and private conversations that go on between cardinals ahead of the big election day: “What do you know about this candidate? – cardinals ask – How do you think he would react in such a situation? What kind of a person is he? How would he react if…?” and so on. So cardinals test the waters and look around them and it is therefore only normal that the same frontrunners start coming up again and again.

It is the General Congregations - the plenary assemblies held by cardinal electors which start Monday - that will play a determining role in deciding who will actually be joining the race for the papacy in the Sistine Chapel. That is where cardinals will reach a “consensus” and where an idea of the Church’s real needs will begin to emerge, DiNardo supposes. This will be DiNardo and O’Malley’s first Conclave. “This is going to be a first for more than half of us…during the general congregations we will listen to different voices from all across the world. it will be an enlightening experience for me I think.”

According to O’Malley, the fact that there are some “obvious candidates” is a comforting thought because there is clearly a choice of figures who would make “competent popes”. “I don’t think any of us has arrived saying “this is who I am voting for,” he went on to say. We are still in the phase of gathering information, praying, getting to know one another; there are definitely some excellent candidates and we all recognise their talents.”