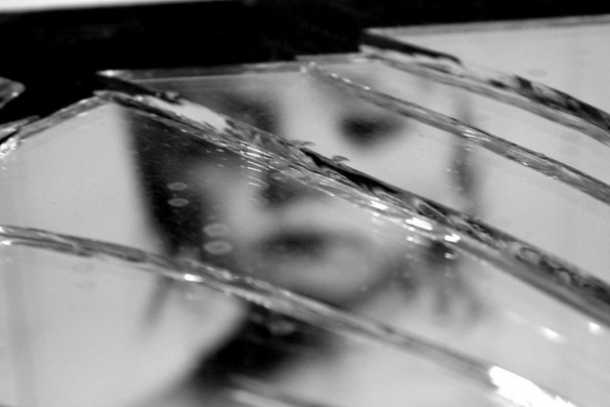 More than 4,400 allegations of sexual abuse of minors by Catholic clergy were reported during the year ending June 30, 2019, a significant jump from the previous auditing period, according to a report on diocesan and eparchial compliance with the U.S. bishops' "Charter for the Protection of Children and Young People."

The report attributed 37% of the new allegations to lawsuits, the introduction of victim compensation programs by dioceses and eparchies, and bankruptcies. An additional 3% of allegations emerged after a review of clergy personnel files, according to the report.

A breakdown of the allegations shows that 1,034 were substantiated,147 were unsubstantiated, 1,434 were unable to be proven and 956 remained under investigation. Another 863 allegations were classified as "other," meaning they were referred to a provincial superior when involving a cleric from a religious order or their status was "unknown."

Conducted by StoneBridge Business Partners of Rochester, New York, the report covers the year from July 1, 2018, through June 30, 2019. The firm's auditors visited 64 dioceses and eparchies and collected data from 130 more.

The Center for Applied Research in the Apostolate, based at Georgetown University in Washington, gathers data for the annual audit report.

The report comes as the U.S. bishops have taken steps in response to Pope Francis' "motu proprio" "Vos Estis Lux Mundi" ("You are the Light of the World"), which was issued after the first global meeting of bishops to discuss the protection of minors in February 2019.

The papal document set new rules and procedures to hold bishops and religious superiors are accountable for abuse allegations made against them for committing abuse or mishandling abuse claims.

The U.S. bishops at their fall general assembly in November affirmed their episcopal commitment to hold themselves accountable for the handling of abuse claims. They have since implemented the Catholic Bishops Abuse Reporting Service to accept sexual misconduct allegations against bishops and eparchs.

The mechanism incorporates a website and a toll-free telephone number through which individuals can file reports regarding a bishop.

Despite such steps, Francesco Cesareo, chair of the all-lay National Review Board for the Protection of Children and Young People, noted that questions remain about whether the "audit is sufficiently adequate to determine if a culture of safety within dioceses has taken root."

In a letter to Los Angeles Archbishop Jose H. Gomez, USCCB president, that accompanied the report, Cesareo said revelations of episcopal wrongdoing, the establishment of compensation programs for abuse survivors, and a growing desire among laity for greater involvement in addressing clerical abuse led to questions arising about the audit process.

He said evidence in the audits also shows continuing "signs of complacency and lack of diligence on the part of some dioceses."

Cesareo also commended 27 of the dioceses visited by StoneBridge auditors for conducting parish and school audits, a step that is not required under the charter.

He said review board members continue to believe such audits are important. "Until this occurs and every diocese implements parish audits, it is difficult to conclude that a diocese has indeed established a culture of safety," he wrote.

In a preface to the report, Archbishop Gomez, apologized to everyone who has "endured abuse at the hands of someone in the church" and said a "pastoral commitment" remains for "helping every victim-survivor find healing and hope."

Citing the 37 allegations from current minors, Archbishop Gomez described that a key finding of the report is that "new cases of sexual misconduct by priests involving minors are rare today in the Catholic Church in the United States."

Three dioceses were found in noncompliance with the charter:

-- The Diocese of Oakland, California, for failing to evaluate the background of a visiting priest; the diocese later addressed the shortcoming.

-- The Ukrainian Catholic Archeparchy of Philadelphia for not having a functioning review board; the archeparchy addressed the issue by naming new members and convening the body.

-- The St. Thomas Syro-Malabar Catholic Eparchy, based in Chicago, for not having a working review board.

Under canon law, dioceses and eparchies cannot be required to participate in the audit, but it is strongly recommended that they do.

The audit collected information regarding the gender of those reporting abuse, the age when abuse is alleged to have started and the year an alleged offense occurred or began.

In addition, 88% of alleged perpetrators were priests who had been ordained for the diocese or eparchy in which the abuse was alleged to have occurred. And 57% of the 1,391 priests and deacons identified as alleged offenders had already been identified in reports from previous years, the report said.

Dioceses, eparchies and religious institutes reported paying out $281,611,817 for costs related to allegations during the audit year. The amount includes payments for allegations reported in previous years. The payout figure is just under the amount reported the previous year.