US bishops back communion text but avoid debate on rite US Catholic clergy have approved a document on communion without mentioning whether the sacrament central to the faith could be refused to politicians including President Joe Biden who support abortion rights.

The text, "The Mystery of the Eucharist in the Life of the Church," was overwhelmingly approved by the US Conference of Catholic Bishops (USCCB) at its autumn assembly in Baltimore, north of the capital Washington, on Nov. 17, with 222 in favor, eight opposed and three abstentions.

A proposed draft of the statement, the final version of which focuses on the importance of the Eucharist but does not explicitly address the debate about elected officials taking communion, had sparked controversy in the spring.

In May the Vatican expressed concern about measures aimed at Catholic leaders who "adopt a pro-choice position regarding abortion legislation, euthanasia, or other moral evils."

The USCCB said at the time that the document being prepared was not intended for disciplinary purposes or directed against any individual or group.

The issue of abortion had caused deep divisions within the Catholic hierarchy and in religious society in general in America.

The Biden administration last month filed an appeal against a law passed in Texas that bans most abortions, even in cases of incest or rape

Biden is a devout Catholic who frequently speaks of his faith in public and attends Mass most Sundays.

He is personally opposed to abortion but remains supportive of a woman's constitutionally guaranteed right to choose what course she takes regarding her pregnancy.

The Biden administration last month filed an appeal to the US Supreme Court against a law passed in the state of Texas that bans most abortions, even in cases of incest or rape.

The president has overturned his predecessor Donald Trump's decision to withhold public funds from organizations advocating for abortion rights, and he has appointed gay and transgender Americans to government positions. 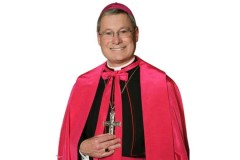 In 2019 at a US church service Biden was denied communion — the rite in which Catholic faithful ritually consume bread and wine, blessed by a priest, that symbolize the flesh and blood of Jesus Christ.

Biden met with Pope Francis last month at the Vatican, where the pontiff told him he was "happy I was a good Catholic and I should keep receiving communion," according to the US leader.

According to a March survey by Pew Research Center, two out of three US Catholics believed that the Democratic president should receive communion.