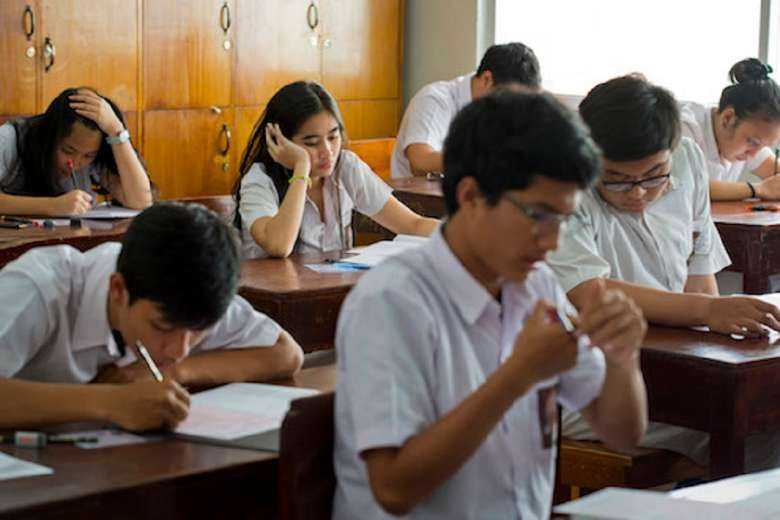 Indonesia’s constitutions have laid the foundation for education to give citizens not only civic knowledge but also instill in them mutual respect and the need for cooperation and participation in community life.

Official religions, including Catholicism, also impart values through academic institutions. However, trouble comes when religious conservatism is allowed to shape the educational system.

Though intolerance in schools is not uniquely an Indonesian phenomenon, it is dangerous here as it breeds disrespect, discrimination and violence, endangering a secular and democratic society.

Social reformer and Nobel Peace Prize winner Kailash Satyarthi said: “The biggest challenge or biggest crisis knocking on the doors of humankind is fear and intolerance.”

He is right, as it is happening now. For decades, religious bigotry has penetrated Indonesian society, and schools are seen as ideal places to spread sectarian doctrines.

In a country of more than 270 million people, at least 85 percent of whom are Muslims, intolerance has different forms. They include discrimination against religious minorities, limiting religious freedom and discrimination in education.

It’s like cancer and paralyzes all aspects of society, making the fight against it tantamount to trying to move a mountain.

Hence, any move to combat intolerance is most welcome. A recent decree banning the mandatory wearing of the hijab in schools, although not a big deal, is considered a milestone.

The decree issued on Feb.3 prohibits schools from interfering in the religious beliefs of students or staff. Its introduction followed a row involving a Christian girl refusing to wear a headscarf at a state school in Padang, West Sumatra.

While the decree was welcomed not only by Christians but also Muslims, critics say much more needs to be done to remove the root cause of intolerance in schools.

Forcing female students to wear clothing of a certain religion is just one form of intolerance practiced in schools.

In another recent case, some students of a secondary school in Depok, West Java, refused to accept a non-Muslim student as head of the student council despite the student winning an election.

Similarly, in November last year, a teacher in Jakarta circulated a message via WhatsApp calling on students to obey Islamic teaching in electing student council coordinators.

In other parts of the country, students are taught that those of different faiths are kafirs (non-believers) who must be eliminated.

In recent years, many textbooks containing hatred against other religions were found and used by teachers in some schools.

Indonesian law does not encourage such practices. However, local bureaucrats and politicians create bylaws that they consider to be important for schools under their jurisdiction. It becomes problematic when they abuse them and introduce religion-based bylaws to win popular support.

While liberal-minded officials try to improve learning by focusing on efforts to boost skills, in some regions racist and bigoted ones conspire to create draconian bylaws that promote discrimination and hatred.

The headscarf row in Padang, West Sumatra, was, in fact, the result of the work of an intolerant district head 15 years ago.

Experts have warned that stamping out religious bigotry in schools will not happen unless the root cause is dealt with, which is bigotry within Indonesian society at large.

The trend of intolerance and conservatism in education has grown stronger over the past decade or so and has gone hand in hand with sectarianism in society gaining more momentum over the same period.

According to the Wahid Foundation, a group named after former Indonesian president Abdurrahman Wahid — a champion of pluralism — intolerance, radicalism and violent extremism have become the toughest challenges facing the education system over the last 10 years. This coincided with the mushrooming of intolerant groups.

A 2017 study by the Islamic and Community Studies Center of Jakarta Islamic State University found that 97 percent of teachers and lecturers and 86 percent of students agreed with the government banning minority groups that deviate from Islamic teachings.

Addressing religious conservatism in schools should not stop at removing certain regulations. Revoking regulations gives temporary respite. The government must issue an omnipotent law to prevent conservatism from strangling the education sector.

A comprehensive policy must be introduced, such as a universal curriculum that promotes tolerance, interfaith cooperation and active participation in the community.

What’s urgently needed is for the Indonesian government to be proactive in monitoring intolerance across the board and act fast in overturning intolerant laws and rules, and not wait for sectarian conflict to happen.