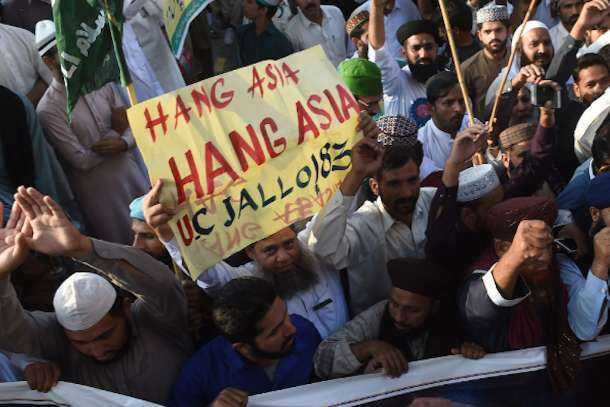 Human rights activists have been left in shock after Asia Bibi dissociated herself from her autobiography due out later this month.

Bibi, the Catholic woman acquitted of blasphemy in 2018 after spending eight years on death row in Pakistan, sparked controversy with an Aug. 31 interview with Voice of America (VOA) Urdu.

“I wasn’t involved in its drafting. I don’t know when she wrote it, whose story is it and who guided her for the book. I absolutely do not agree with this book because it’s not my autobiography,” she said, referring to French writer Anne-Isabelle Tollet, the only reporter to have met her during her stay in Canada.

In February, Bibi confirmed that she was seeking asylum in France to live closer to Tollet, who played a key role in her fight for freedom and helped write her autobiography, Enfin Libre! (Finally Free).

“The book tells that the law placed a noose on my neck. The law didn’t do it. It was an incident in the village when people were about to kill me without any reason. She [Tollett] blamed the law but I do not accept anything against the law or my country,” Bibi told VOA.

“My country freed me. Good and bad people are everywhere. The wise side with their country and avoid saying anything that sparks hatred from people or increases clashes. The judges are innocent. Authorities should listen to the alleged blasphemer. Investigation from lower police officials must be clear and both parties must be heard in front of each other.

“If people blame, the person must be given a chance to tell the truth. Absolutely, the law is good but people misuse it. If God allows, I will return to my country. The world is to blame, not God. People can say whatever they think. I disagree with them. I have learned a great deal of patience as a mother away from my children.”

The comments section of VOA is now flooded with abuse, with many calling Bibi maloona (accursed) and one comment calling for “beheading for blasphemer.”

Asia Bibi, 49, was convicted of blasphemy in 2010 following an argument with her fellow farmhands over sharing water. Some Muslims consider Christians dirty and do not drink water using the same container.

Bibi, whose full name is Aasia Noreen, was found guilty of insulting the Prophet Muhammad and a death sentence was handed down by a local court and upheld by Lahore High Court.

In a landmark judgment, the Supreme Court quashed her death sentence in October 2018 and ordered her immediate release from prison.

The ruling, however, sparked violent nationwide protests that came to an end only after the government agreed to stop Bibi from leaving Pakistan until a challenge to her acquittal was heard by the top court. The court, however, upheld Bibi’s acquittal in January 2019, allowing her to exit Pakistan.

She left Pakistan in May 2019 and now lives in an undisclosed location in Canada with her family.

In a recent interview, Archbishop Lawrence Saldanha, the former archbishop of Lahore who now lives in Canada, said that Bibi is keeping a low profile in Canada.

“She wanted to carry on the fight against the blasphemy laws, but I suppose someone told her it is not safe to go active again,” he said.

“She has stabbed church leaders, martyrs and human rights defenders in the back. The interview was planted. It clashes with her previous statements. She has forgotten who destroyed her family. The blasphemy law is wrong and society is to blame,” he said.

“Bibi has told the US that the blasphemy law is right. The state agencies are feeding her. Billions have been spent for her freedom. She has forgotten all. She is being dictated to in Canada. We shall continue demanding reforms and abolishment of the blasphemy law,” said Canada-based Bhatti, who claimed to support her.

A Christian man was arrested in the northwestern city of Nowshera last month and accused of desecrating the Quran. The arrest came a few days after a video went viral on social media showing pages of the Quran in a drain in Risalpur, a city in Nowshera district. 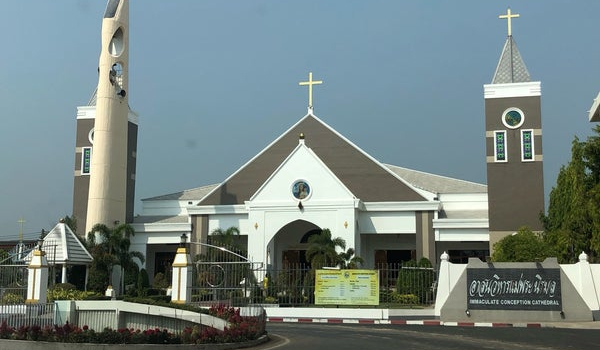