The uphill battle for survival continues for religious and ethnic minorities in Asian nations, while appeals for freedom and rights persist as the coronavirus pandemic rages in the region.

Christian and other religious minorities in western India's Gujarat state are upset about a new state law which they say curtails their right to manage their educational institutions. Religious minorities filed a petition with the state’s High Court on Monday seeking to quash the Gujarat Secondary and Higher Secondary Education Amendment Act, 2021, which came into effect on June 1.

Church officials say the new law practically withdraws the rights of all religious minorities guaranteed in the constitution to establish and manage educational institutions. Until now church-run educational institutions enjoyed the right to appoint non-teaching and teaching staff including the principal. They also framed rules and regulations for the administration of the institution and to discipline students and staff.

The new law removes such privileges and asks all minority-run institutions that receive the state's financial aid to appoint staff, including principals, according to government rules overseen by the state-run Central Recruitment Committee. Any institute failing to comply with the rules faces punitive actions including revoking of their registration.

Critics fear the success of the move by the ruling pro-Hindu Bharatiya Janata Party government of Gujarat might encourage other same party ruled states to replicate the law and to advance their right-wing, anti-minority policies for Hindu hegemony in India. People participate in a candlelight vigil in Ahmedabad on Feb. 28 to commemorate the 19th anniversary of the Gujarat riots of 2002. (Photo: Sam Panthaky/AFP)

In Pakistan, an Islamic extremist group has threatened minority Hindu traders in Wadh town of Balochistan province days after a Hindu businessman was gunned down.

“Women should be stopped from unnecessarily leaving their houses and roaming the markets.They are mostly seen in shops of Hindus,” stated Karwan Saif Ullah, an Islamist militant group, which recently circulated pamphlets asking women to stop leaving their houses unnecessarily and to refrain from frequenting shops owned by Hindus. It also warned Hindu traders against allowing women in their shops. 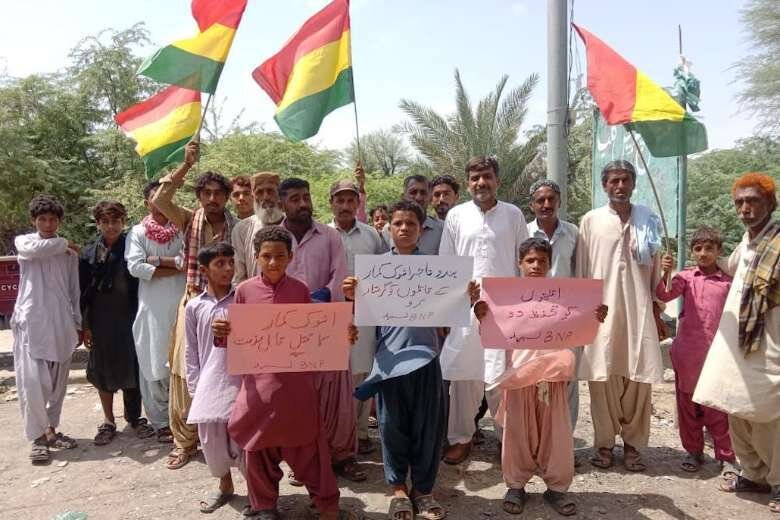 Hindus in Balochistan protest the murder of Ashok Kumar at the Press Club in Lasbela on June 3. (Photo supplied)

Wadh town is home to more than 300 Hindus and has 45 shops belonging to the Hindu community. Local Hindus have been living in fear since May 31 when an unidentified motorcyclist shot a Hindu civilian dead as he opened his uncle's shop. Several Hindus joined Balochistan National Party members in holding a protest at a local press club. They termed the threat “open terrorism” and accused the state of failing to protect minorities.

Hindu and Sikh businessmen in Muslim-majority Pakistan often complain of threats for extortion money and there have been several cases of killings.

Father Otto Gusti Madung of the Society of the Divine Word, who has a PhD in Philosophy from Germany, sparked controversy by claiming the Catholic Church will probably accept same-sex marriages one day. He made the comments during a talk with members of the Journalists Union for Diversity in April, but they came to public attention in late May. The priest is the director of Ledalero Catholic School of Philosophy in East Nusa Tenggara province and teaches philosophy and human rights. His comments triggered both favorable and negative reactions. There has been a wave of protests from many Catholics including his fellow priests, with some demanding his removal from his post.

Several Catholic priests in the Philippines are spearheading a strong movement to resist a potential return of current President Rodrigo Duterte as vice-president through an election next year. Redemptorist priest Father Amado Picardal has written a poem titled The God I Don’t Believe In that attacks “evil Duterte” and accused him of abusing power and office to enrich himself.

Father Picardal has been a strong critic of Duterte’s involvement in human rights violations including extrajudicial killings of thousands of drug users in the so-called war on drugs. The priest claimed in 2018 that he escaped an assassination ordered by Duterte for his views on extrajudicial killings. Father Amado Picardal is pictured with members of the Philippine police in Butuan City in Mindanao in this file photo. (Photo: Father Picardal)

Meanwhile, Vincentian priest Father Danny Pilario has joined a movement called Duterte Wakasan Na or End Duterte Now, which is seeking to prevent the president from establishing a political dynasty. The priest and the movement hope to persuade people not to vote for Duterte or his daughter, Davao city mayor Sara Duterte, in the next presidential polls in May next year.

Duterte became the 16th president of the Philippines in 2016 and his regime has faced criticism for failing to reduce poverty, human rights violations including the deadly anti-drug war, controversial remarks and verbal attacks on the opposition, rights advocates and the Church.

Catholic Church officials in Myanmar have made an urgent appeal to end attacks on religious buildings after three Catholic churches were struck by military shelling in two weeks.

Father Celso Ba Shwe, apostolic administrator of Loikaw Diocese in Christian-majority Kayah state, requested armed groups not to deploy troops or attack and burn down places of worship such as temples, mosques and churches as well as hospitals and schools. Children and elders displaced by fighting between the military and ethnic rebels wait for food distributed by volunteer groups while taking refuge at a monastery in Namlan in Myanmar's eastern Shan state. (Photo: AFP)

Without mentioning the military, the priest said that intentionally attacking places of worship, hospitals and schools constitutes war crimes under the Hague Conventions. Churches, convents and monasteries have opened their doors to fleeing civilians, especially the elderly, children, women, the sick and the disabled, as fighting escalates in Kayah state and neighboring Shan state.

A policeman in Timor-Leste shot dead two people and wounded another, sparking a public outcry for police reform in the Catholic-majority country. The unidentified off-duty officer’s actions in capital Dili last Saturday triggered a violent clash between youths and police, with the locals setting the house of the policeman on fire.

Those shot dead were a father and a son and the wounded person was identified as another family member. Local media reported that the officer attacked the victims after he was told that his son had been involved in a heated argument with them. The government's Ombudsman for Human Rights and Justice confirmed that the officer was off duty during the attack, adding that four other police officers present at the scene did nothing to stop him. The Church condemned the shooting and demanded justice for the victims.

Extrajudicial killings by police are not new in Timor-Leste. Fundasaun Mahein, an NGO which deals with defense and security issues, said there have been many similar cases when police used excessive force against community members and used their service weapons in violation of rules.

Catholic bishops in Vietnam have donated to the government’s Covid-19 vaccine fund to accelerate the vaccine procurement drive and tackle a more stubborn wave of infections. The donations came from Caritas Vietnam and the bishops and was approved by the bishops’ standing committee. Vietnam’s government launched the fund with an aim to acquire 150 million vaccine doses for 75 million people out of the total population of 98 million.

Vietnam has been relatively unscathed from the coronavirus pandemic, registering 9,635 cases and 55 deaths. However, the nation has seen a rise in cases in recent weeks.

Despite Covid-19 still raging, Japan is getting ready to host the Tokyo Olympics next month with opinion polls showing public opposition to the event has dropped significantly. About 50 percent of respondents surveyed by conservative daily newspaper Yomiuri favored holding the event in July, a rise from 39 percent in a poll in early May.

About 48 percent of respondents suggested the event should be canceled, a drop from 59 percent in May. Earlier, several national polls showed that most people opposed holding the games and favored a cancellation. Models present the medals, podium and music to be used for the medal ceremonies at the Tokyo Olympic Games during an event at Ariake Arena in Tokyo on June 3. (Photo: AFP)

The Olympics were originally due to be held last year, only to be rescheduled for July 23 to August 9 this year due to the pandemic. Organizers have banned foreign spectators from attending the world’s biggest sporting event. Japan has recorded more than 766,000 coronavirus infections and 13,700 deaths.

A state of emergency has been imposed for major metropolitan areas including Tokyo, Osaka and eight prefecture-level cities until June 20 to curb the rising number of cases and deaths in recent weeks.

In communist Laos, poverty is driving numerous children to drop out of school and start working full time to help their families. The Global Childhood Report 2021 from Save the Children noted that the country’s Labor Law makes child labor illegal.

Yet many children are employed in agriculture and other lines of work. Laos was ranked 143rd out of 186 countries surveyed. Many children in one of Asia’s poorest countries start working on farms to help their parents even before they reach primary school age. More than 28 percent children aged 5-17 are believed to be engaged in various forms of labor and as a result one out of four children are of schools. Most working children are based in rural areas and 70 percent of them need to work more than 49 hours a week.

Children of ethnic minorities, many of them Christians, are among the worst affected as they are extremely marginalized and underprivileged. Christians face additional hardships as many in the Buddhist country view Christianity as an alien faith.