Update: No pope after third round of voting

Cardinals to reconvene for two rounds of voting on Wednesday afternoon 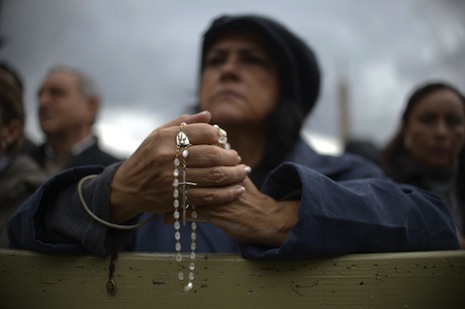 Black smoke billowed from the thin chimney of the Sistine Chapel at 10:40 GMT, signalling that after the third round of voting the cardinals have not reached a two-thirds majority to elect a new pope.

Analysts have predicted that a concensus is not likely to be reached in the two rounds of voting on Wednesday afternoon, and that the white smoke signalling a new pope is not expected until later in the week.