Up to 100 Malaysian 'slave laborers' held captive in Cambodia 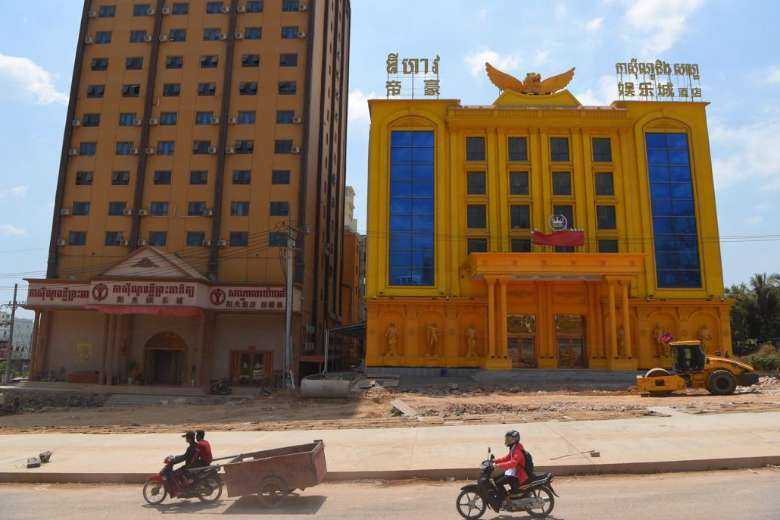 Men ride motorcycles past a casino in the Cambodian port city of Sihanoukville, where many of the scamming operations are based. (Photo: AFP)

Up to 100 Malaysians, including girls as young as 17, are being held captive in Cambodia and subjected to physical abuse after they were duped into working as slave labor in online call scams, their parents and politicians said after a flurry of pleas for help.

The Malaysian Chinese Association (MCA), a coalition partner in the opposition Barisan Nasional, said victims were held captive in compounds by armed guards and faced beatings if they failed to reach scamming quotas.

“If you’re a Malaysian, you will be given a laptop to cheat Malaysians and if you don’t do well and could not scam anyone, you will be beaten up,” MCA public services and complaints head Michael Chong told a press conference.

In Phnom Penh, a group of 35 NGOs have urged Cambodia to address the crisis of “forced labor, slavery and torture” after the embassies of Indonesia, Vietnam, Thailand, Pakistan and China issued warnings to their citizens about such situations.

Their reports indicated that thousands of people, mostly Asian foreign nationals, had been kidnapped, sold, trafficked or tricked into accepting jobs in Cambodia only to find themselves detained in large compounds and forced to work.

Most of the operations are run out of Sihanoukville, a coastal city rebuilt on Chinese gambling money over the past decade, but similar abuses have also been reported in Phnom Penh, Pursat, Koh Kong and other provinces.

On March 30, Cambodian police said they were ready to coordinate the repatriation of between 2,800 and 3,000 Thais after Bangkok said it would send a naval vessel to bring home their nationals working in online scams.

Chong said he received his first received his message from a victim about two months ago and added that Malaysian police and Interpol had launched investigations but they could only respond to people who had lodged a report.

He also urged victims who could run away to head for their embassy in Phnom Penh.

“Here I have 10 victims who managed to call me. I think there are at least 100 victims. I have already received more than 10 cases seeking my help but only two have been rescued,” he said.

The parents of two victims were also present at the press conference.

“He called me saying his job was to cheat people through phone calls. If he didn’t perform, they would hit him,” the father of an 18-year-old victim said.

The mother of a 24-year-old man added: “He was so frightened and said the building was locked up and the entrance was guarded with gunmen and there was no way to get out of the building.”