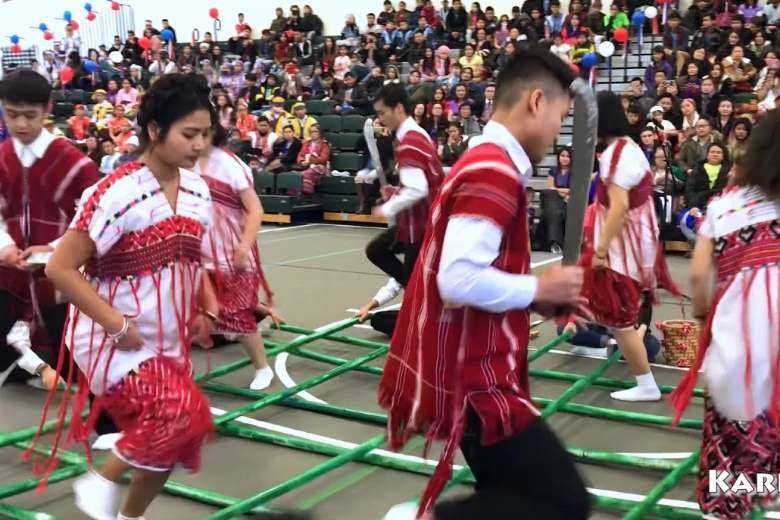 Karen Catholics are among the ethnic groups in Buddhist-majority Myanmar who take part in the Karen New Year celebrations, attending Masses and performing traditional dances and songs.

During the celebrations at various places including Karen state and Yangon, Karen people perform traditional dances and eat the customary sticky rice and curry.

The annual occasion aims to promote unity and maintain the culture and tradition of the Karen, who are also known as the Kayin.

Due to the coronavirus pandemic, the commemoration of the year 2760 of the Karen era, which fell on Jan. 13, has been subdued with events with limited people and held in compliance with orders from health officials.

During brief celebrations in Yangon and Hpa-an, capital of Karen state, the Karen flag and the flag of the union of Myanmar were hoisted and saluted and youths sang Unity in Strength, according to state media.

The Karen have been celebrating their new year since 1938. Believed to have migrated from the Tibetan plateau centuries ago, they are now mainly farmers concentrated in the hills of eastern Myanmar’s Karen state and the Irrawaddy delta in the southwest. Some have migrated to work in Yangon and other cities.

The Karen account for about 5 million out of Myanmar’s 54 million people and are the third-largest ethnic group in the country following the Bamar and Shan. The majority of Karen are Theravada Buddhists while around 15 percent are Christians. Many Karen were animists when Christian missionaries arrived in the 19th century.

“In order to work for the rule of law, freedom, equality and justice within the Union which is all linked to durable peace, we need to have the full participation and cooperation of the people of Karen state,” she said in her message.

“The Union government desires durable peace and genuine development in the whole of the Union beginning from Karen state.”

While the country’s de facto leader was conveying a message of peace and unity, tensions were rising in Karen state following renewed clashes in December that displaced nearly 4,000 people.

The latest fighting prompted thousands of villagers to march on the streets, calling for an end to hostilities in a region that has seen more than 60 years of conflict between the military, known as the Tatmadaw, and Karen rebels.

The conflict-torn region has been relatively peaceful after three local militias including the Karen National Union (KNU) joined five other armed groups in signing the National Ceasefire Agreement (NCA) with the government and the military in October 2015.

Among the NCA signatories, the KNU — the largest of the groups that have been fighting the military for the last six decades — is the most active and trusted group with Myanmar’s military. It sometimes faces harsh criticism from Karen civil society organizations.

Tensions, however, erupted again in 2018 as the Tatmadaw deployed six battalions to oversee road construction that prompted clashes and displaced hundreds of people who fled into the jungle.

Long-running conflicts in Myanmar’s smaller states with large Christian populations — Chin, Karen and Kayah — have ended but forced more than 100,000 people across the Thai border and into refugee camps.

The resumption of a conflict that had been dormant for 17 years in 2011 resulted in more than 100,000 people, including many Catholic and Baptist Kachins, being forced into camps for internally displaced people in Kachin and Shan states.

Suu Kyi’s father, General Aung San, who led the country to independence from Britain, reached an agreement regarding self-autonomy and federalism with the Kachin, Shan and Chin in 1947 but failed to secure terms with several other ethnic groups.

Soon afterwards, Aung San was assassinated and the deal was never fulfilled. In the aftermath, ethnic groups took up arms.