Unanimous support to give more power to Malaysian youth 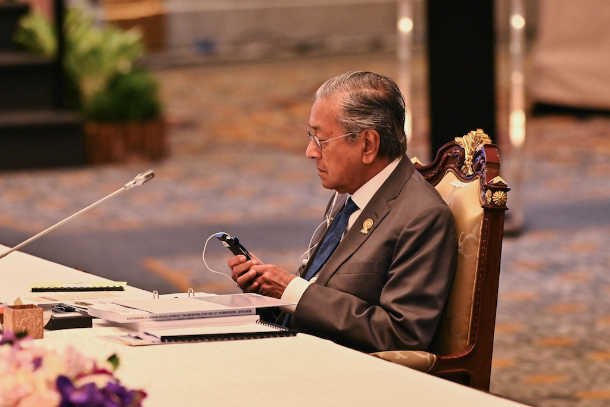 Malaysia has lowered the age to vote and stand in elections from 21 years to 18, adding millions of new voters to its electoral rolls.

The constitutional amendment needed for the change received full support on July 16 from all parliamentarians in attendance, with no dissent or abstentions.

The amendment also includes provisions for Malaysians to be automatically registered in the electoral rolls when they turn 18.

Mahathir, who turned 94 last week, later expressed relief with the trouble-free approval of the constitutional amendment.

“I have been quite long in parliament but this is the first time a bill has passed unanimously. No one rejected it. This is a new era ... the opposition recognizes the good intentions of the government. This is a historic day,” he told reporters in the lobby of parliament.

“The government estimates that for the next five years, if automatic voter registration is concurrently implemented with the lowering of the voting age to 18, as many as 7.8 million new voters will be added to the electoral roll by 2023.”

Projections for 2023, when the next election is due, put the number of voters at 22.7 million, representing about 75 percent of Malaysia’s 30 million citizens.

Constitution amendments in Malaysia require a two-thirds majority in the 222-seat parliament. Pakatan Harapan and its allies occupy 139 seats, nine votes short of the majority needed when the vote was taken.

In the weeks leading up to the current parliamentary sitting, party leaders and their supporters on both sides of the aisle had viewed the amendment as crucial to both empower the youth through the ballot box and lure their support.

The nation’s independent Election Commission will now be tasked with conducting democracy awareness initiatives starting as early as primary school.

Responding to lawmakers who asked about mandatory voting, Mahathir said the government did not have any plans to enforce voting and that it would remain voluntary.

“Preliminary research has found that countries which implement compulsory voting did not record a 100 percent voter turnout,” he said during his winding-up speech for the bill’s second reading.

Lowering the voting age to 18 was one of the alliance government’s key pledges in the run-up to the general election last year.

The amendment will now be sent to the senate for debate and approval, then on to Malaysia’s titular king for royal assent.

The move to lower the voting age brings the multi-ethnic nation in line with most countries in the region and around the world. Neighboring Singapore maintains voting eligibility at 21 years, while Indonesia’s voting age is 17.