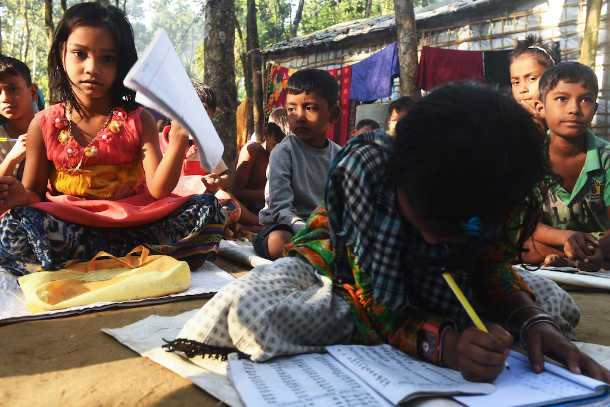 A United Nations mission has called on the international community to cut off all financial and other support to Myanmar’s military.

Military commanders need to be isolated and brought before a court to answer charges of war crimes, crimes against humanity and genocide, the U.N. Independent International Fact-Finding Mission on Myanmar (FFM) said on May 14.

FFM chairman Marzuki Darusman said the measures were needed because Myanmar has not done enough to resolve the nation’s conflicts and protect human rights, including those of over a million ethnic Rohingya civilians who have been forced into exile.

“There has been no movement toward a resolution of the crisis,” Darusman said after completing a 10-day visit to Bangladesh, Malaysia, Thailand and Indonesia. “The situation is at a total standstill.”

The FFM submitted a 444-page report to the Human Rights Council in September 2018 documenting how Myanmar’s military brutally and systemically violated the human rights of ethnic minorities.

It highlighted the military’s “clearance operations” against the Rohingya in Rakhine State in 2017 when security forces killed thousands of Rohingya civilians, raped women and girls and burned their villages in violence that led to the exodus of more than 700,000 people in two months.

Both the military and civilian arms of Myanmar’s government have rejected the report.

Myanmar authorities have destroyed empty Rohingya villages with bulldozers, effectively destroying criminal evidence, while making no progress in resolving the ethnic animosities that have helped fuel the crisis.

Darusman told refugees that when the FFM’s mandate expires in September, it will hand over its information, documentation and evidence to the new Independent Investigative Mechanism on Myanmar, established by the Human Rights Council to facilitate and expedite fair and independent criminal proceedings against perpetrators of crimes under international law.

“In short, this is not the end of the story,” Darusman told them. “Please have hope that this will lead to eventual accountability of those who are responsible for what took place against the Rohingya community.”